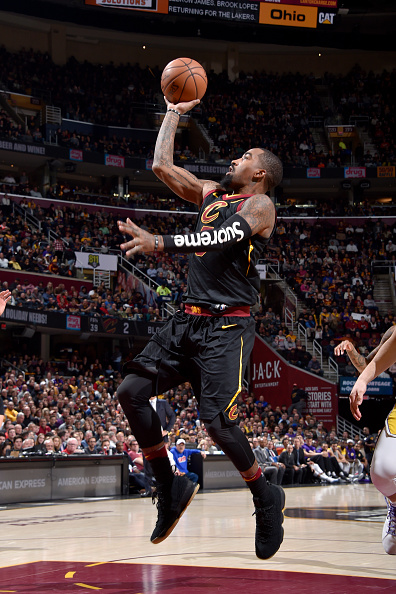 KG wants to see the league partner with Supreme and Off-White for future All Star uniforms.

Since taking over as the NBA’s official uniform and apparel manufacturer in 2017, Nike has taken a minimalistic approach when it comes to designing their All Star uniforms. Both the 2018 and 2019 jerseys consisted of basic black and white designs with little extra flair.

There’s nothing wrong with that. But some people people, such as Future NBA Hall of Famer Kevin Garnett, are hoping for something crazier down the line.

Garnett recently told Complex about the idea he pitched to commissioner Adam Silver regarding the league’s All Star unis, and it involves two wildly popular brands that already have ties with Nike.

According to Complex, KG says:

“I told Adam [Silver] you should have an Off-White and Supreme All-Star game. Do two jerseys. Let the players keep one and the other goes to auction. Top and bottoms, socks and shoes, and then you auction them off. You’ll make a ton.”

“Listen, if you get the fucking All-Star game in London, it will be over the top. Drip classic. Limited editions bro. That’s the sauce though, [Silver] would do that. We would need Virgil [Abloh] and money to get on the same jawns. That’s it.”

As is the case with most anything Supreme and Off-White related, an official, limited edition NBA All Star uniform collab would certainly sell for a fortune at auction.

The NBA has never been more fashion-conscious than it is now and you can only imagine what type of gear Supreme and Virgil would cook up for such a star-studded event.

Gorilla Zoe & Zaytoven Link Up On “I AM ATLANTA 4EVER”