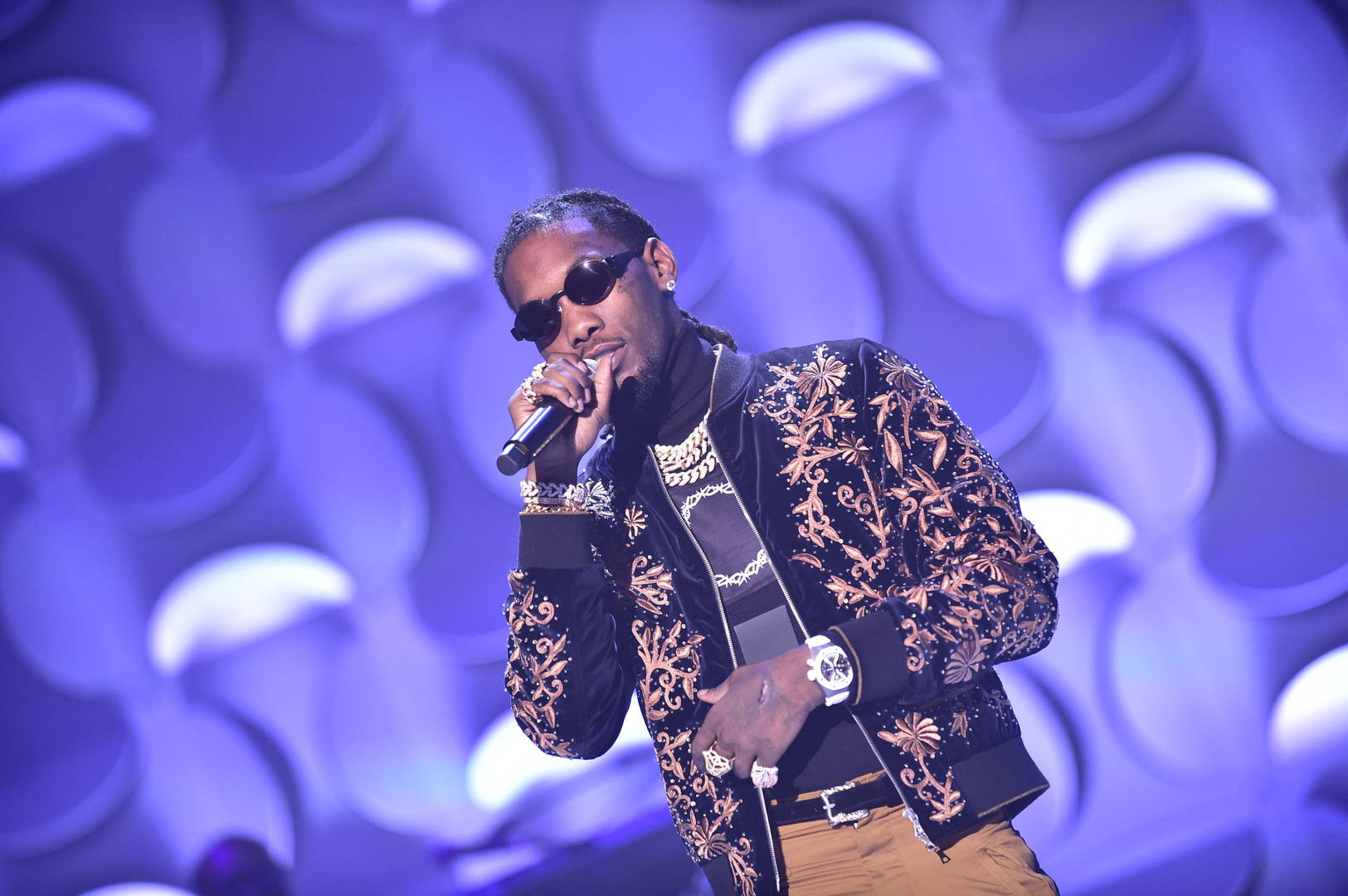 Offset’s “Father Of 4” Lyrics Are Honest Reflections Of Self

As one can be vulnerable on a record, so too can one be guarded. While rappers have long instilled themselves in their music, others have built up walls of bravado and ostentatious materialism. Migos seemed to encapsulate those very qualities. Though their found themselves steering the direction of modern hip-hop culture, the group remained relatively stationary insofar as their personal development was concerned. After Culture II, Quavo’s Quavo Huncho, and Takeoff’s The Last Rocket, a pattern continued to take shape. The group never faltered in crafting bangers, but it became increasingly difficult to relate to the trifecta. Therefore, when word traveled of an upcoming vulnerable solo album from Offset, many were quick to take notice.

Now, Father Of 4 is upon us. The album that allegedly brought Cardi B to tears. Early rumblings even pointed to a “Patek-free” direction, though the staple timepiece ultimately remained present. Yet it didn’t take long for a refreshing tone to be set. The last time we heard a Offset in a non-Migos capacity, 2017’s Without Warning, the rapper was flirting with the allures of the dark side. On “Father Of 4,” the titular track and introductory cut, Offset essentially lays himself bare for the first time, addressing his children directly in a heartfelt open letter.

Kalea, you my first, first daughter
I missed the first years of your life, I’m sorry
Tell the truth, I ain’t really know if I was your father
Tell the truth, I really don’t even know your mama
But I had to step up, my daddy had left us
Even though we gotta catch up, pray to God that he bless us

Kulture, remind me of my grandma, feel like she is closer
Gotta thank your mama, she hold me like holsters
Gotta protect her from the world, I can’t even post her
Ups and downs in this fame, roller coaster
If I don’t ball, then everything ’round me fall
I’m prayin’ to God to watch my kids, that’s my all…

The honesty is appreciated. Consider some of the game’s best artists, from J. Cole to Kendrick, Eminem to Drake to Future. All of which have occasionally bared their soul on wax, proving unafraid to harness emotion as a strength. Here, Offset has opened up for what feels like the first time, taking one step further in securing his own longevity. Though his words are simplistic in their penmanship, they remain an effective and powerful reflection. For that alone, “Father Of 4” is one of the most important moments in Offset’s young career.

We was livin’ up in College Park
Midnight, heard the gunfight
Playin’ football at Forest Park
Gresham Park where your moment get defined
The story of my life
Way before I ever wrote a rhyme
Have you ever done time?
Lookin’ at my kids through the blinds
Confinement mind
How you feelin’ when you face a dime?
The truth be told, I’m supposed to be locked up and dead, cold
In the mind of an old white man, the black man’s soul

The confessional nature of Father Of 4 continues on “How Did I Get Here.” Over a spooky trap instrumental, Offset reflects on the violent nature of his come up, juxtaposing it with carefree childhood moments of football pick-up games. He proceeds to reflect on his time in prison, tying it back to the album’s prominent theme of fatherhood. The idea of “looking at his kids through the blinds” is an ill-fated destiny, one that Offset nearly found himself resigned to. A deeper examination of his lyrics suggests a belief in a higher power, the idea that he was previously anchored by fate. The fact that he dodged, miraculously by his account, such a grisly conclusion has given him a newfound sense of perspective.

Shit got real just a week ago
My dog got killed just a week ago
He was in the field, that’s just how it go
Picking cotton out the field, that’s just how it go
Mind twisted and I’m thinking about the shit I lost
Shit wicked, how your brother be done took you off
He a boss, but he wanna be the bigger boss
I’m a menace, I’m on codeine, I can’t get up off

Once again, Offset is back in the trap. “After Dark” finds him reflecting on the perils of his former environment, how death and violence became part of the established norm. “That’s just how it go,” he muses, offhandedly accepting his friend’s untimely end as part of the process. It’s easy to forget that Offset came from the trenches, and has experienced situations many of his fans would likely never understand. On Father Of 4, his reminders feel grounded with authenticity. He’s set the ground rules from the start: no bullsh*t on this go-around. Therefore, phrases that might once have felt offhand are imbued with an added gravitas.

Number one, it’s a loyalty code
Temptation had the devil in my soul
I wanna be with you when we old
We didn’t do this, we didn’t know how shit goes
You bad, you a cutie
I love your attitude, moody
I love when you call a ni**a stupid
I love that you’re ratchet not boujee
I love your ass-shots it’s a movie

While few expected Offset to come through with a full-fledged 4:44 moment, it seemed natural for him to open up about his widely publicized relationship with Cardi B. His transgressions remain well documented, likewise do his subsequent efforts of reconciliation. Yet here, Offset puts his emotions on record, explaining that the Devil initially led him astray. Now, however, he’s ready to embrace monogamy, pledging himself old-fashioned romance by professing a desire to age together. Not to mention those ass-shots, truly cinematic in quality. Considering his past history of playing his cards close to his chest, it’s a bold step for Offset – yet an undeniably confident one. Such is the way of Father Of 4, an important stepping stone in the Migos rapper’s artistic development.

Gorilla Zoe & Zaytoven Link Up On “I AM ATLANTA 4EVER”