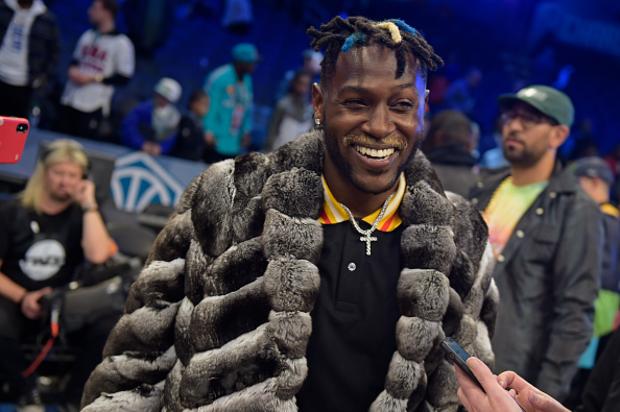 The Pittsburgh Steelers have officially opened up the phones lines for teams looking to make an offer for All-Pro wide receiver Antonio Brown.

Like Brown, the Steelers also have a few preferences regarding how they’d like things to shake out this offseason.

Reasonably enough, the organization does not want to trade Brown within the division, meaning AFC North rivals – Baltimore Ravens, Cincinnati Bengals and Cleveland Browns – are out of the question, according to a report by ESPN.

Additionally, ESPN reports that Pittsburgh views the New England Patriots as a “no-trade zone.” Preferably, the Steelers hope they can find a trade partner in the NFC, which should be encouraging for Brown, who has made it clear he wants to play for the San Francisco 49ers.

General manager Kevin Colbert told local media Wednesday the team will be judicious in how it selects Brown’s potential destination.

“I mean, when you’re trading away a player like this who could determine your own record and your own Super Bowl potential, of course you want to not trade him to teams that might be a factor,” Colbert said. “But if those teams step up and say, ‘Look, we’ll give you the best picks or the best players,’ then we have to make that judgement. OK, yeah, they’re a competitor, but what they’re giving us far exceeds what these other folks are willing to do. So, will we be selective? It depends on what the compensation is.”

Pokémon And 10.Deep Team Up For New Streetwear Collaboration

Casey Veggies Brings It Back On “Mirage”