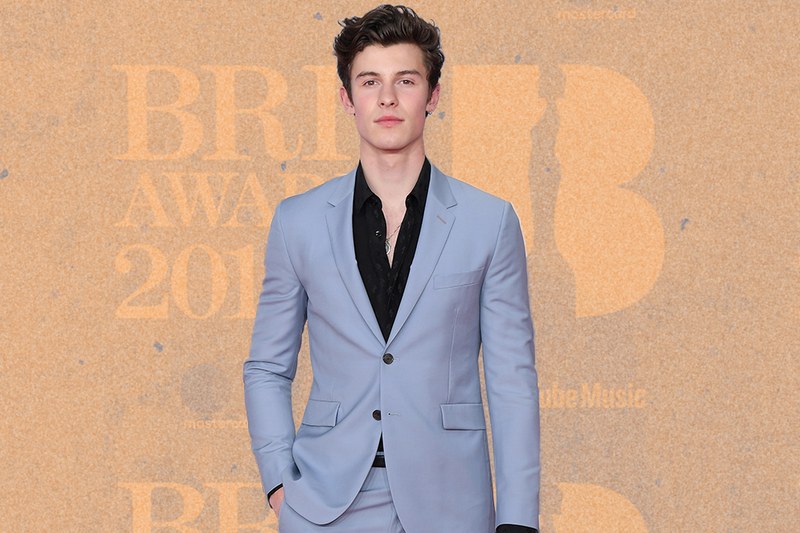 The Black Dress Shirt Doesn’t Have to Be Style Kryptonite

Just ask the stylish fellas at the Brit Awards.

Musicians are known for their wild, no-rules approach to getting dressed, and music industry awards shows beg them to flaunt those talents. But at the Brit Awards earlier this week, style sanity prevailed. Diplo was one of the best-dressed guys there, and he wore a black suit, white shirt, and classic dress shoes. Grungy pop band The 1975 wore traditional tuxedos instead of louder, ediger fare (also serious: their acceptance speech). And more than a few solo nominees relied on the same simple nighttime style formula: bold suit, black everything else.

Shawn Mendes pulled the combination off best, which is probably because he has the most practice at it. A slim suit anchored by a black shirt and accessories is a red-carpet uniform he rarely strays from. Liam Payne played it safest in a black tuxedo with a contrast-color shawl collar. And Sam Smith and Calvin Harris did it loudest, with unconventional-color suits and confident black shirts. Harris’ went the turtleneck route while Smith’s shirt was fashioned out of lace. (This is a move we’ve seen enough of at this point that we’re not even phased by it.)

Still, even at its swerviest, this look is still accessible to people who don’t make a living performing on stage. Maybe you skip the lace shirt, maybe you don’t cheese it up with a shiny suit, maybe you opt out of the pointy boots, but the basic move—bold suit, black everything else—works as well at a random bar on a random night out as it does for a BBC-televised awards show. Music gods aren’t all show.