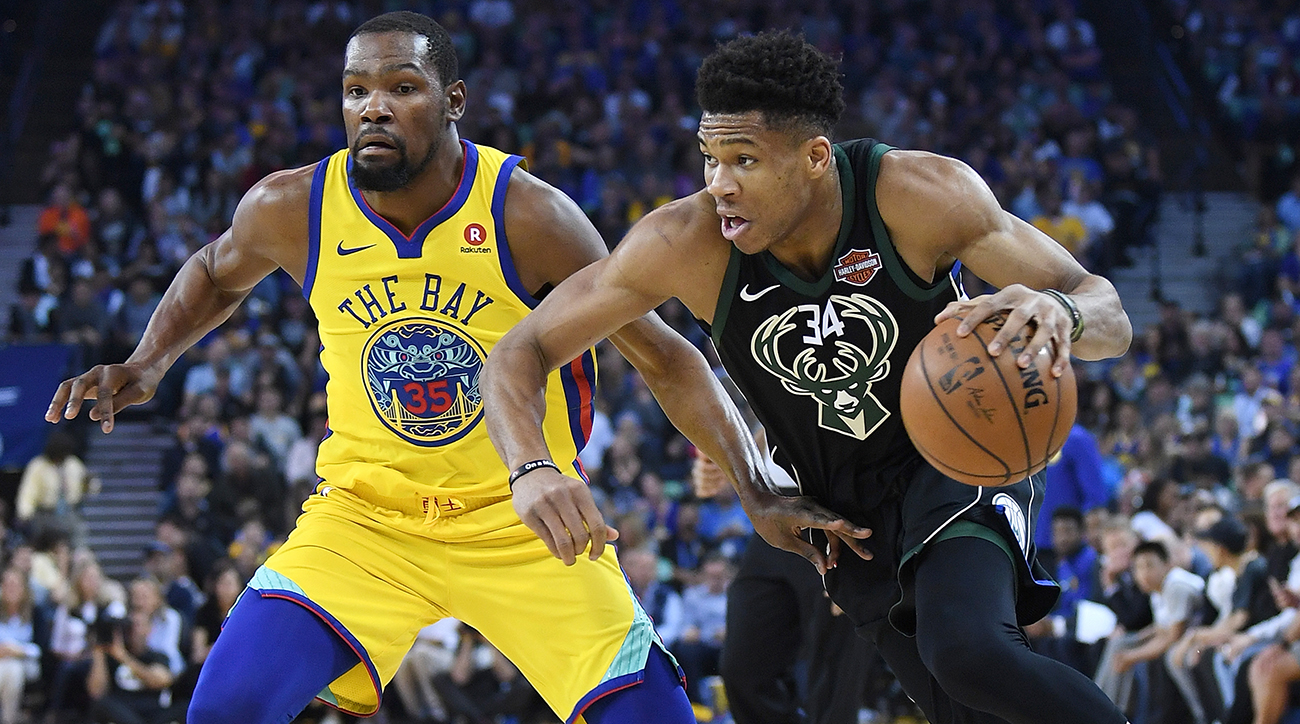 Stephen Curry and Giannis Antetokounmpo put on a show during the All-Star Game and some fans couldn’t help but envision a pairing between these two one day in Golden State. With Kevin Durant’s rumored departure nearing closer, should the Warriors move their attention to Giannis?

On the latest Open Floor podcast, Andrew Sharp and The Washington Post’s Ben Golliver answer email questions and discuss the potential Curry-Antetokounmpo partnership and whether it would make sense for both parties to pursue it.

(Listen to the latest Open Floor podcast here. The following transcript has been edited and condensed for clarity.)

Andrew Sharp: A couple more questions from the weekend. Ethan said: ‘After watching Sunday night’s All-Star shenanigans, I only have one question: Would Steph and Giannis be the greatest one-two combo in NBA history?’ Ben, as an officer at Giannis Inc., I am curious for your thoughts on the kind of percolating Giannis to Golden State conspiracy?

Ben Golliver: It bothers me. Let’s not do this to him. He deserves better than this. Can we get through this playoff run and see how it goes first? I don’t think we should be doing that because I think it is a distraction. I understand why people want to connect those dots but it is a bit ludicrous.

And also let’s not overlook the pairing between Stephen Curry and Kevin Durant. When we are talking about all-time pairings, even if KD leaves this summer, if they wind up producing three titles in three years, winning as many games as they did, smack everybody in the playoffs and make it not even close, that duo should be up there considered with the Kobe and Shaq’s of the world. Mike and Scottie’s of the world. You have two MVP candidates. We got the Finals MVPs for KD those are really good all-time…  KD is going to be a top 10 all-time NBA player—Steph is not going to be too far behind him. That is one of the greatest all-time duos. We don’t need to run this back with the new guy Giannis. Come on.

Sharp: You are close to the correct take. Here is what I text noted Warriors fan Sam Esfandiari, I salute you but I can’t support you. Steph Curry needs to win a title with Draymond and Klay after KD leaves this summer—that is his path to top-five all-time and a legit argument that he is better than LeBron James. That is what every Warriors fan should be rooting for. Then Draymond will get old, Steph will get hurt, and Sam will never watch a 50-win team ever again. Laughs.

Sharp: You should be rooting for Steph to be in that Magic or Bird category in NBA history. He needs to win a title on his own. Don’t recruit another superstar. Let Steph be great after this year—one last run with the lame-ass Hamptons Five.

Golliver: Very strong take. What I really want to see is Steph’s Warriors vs. Giannis’ Bucks—no KD in the 2020 NBA Finals.

Sharp: That would be awesome.

Golliver: The idea of how balanced that would be and how many rich storylines there would be in that series is incredible. It would also mean KD and Kyrie are watching from home. Laughs.

David Griffin on building around LeBron, drafting Kyrie and more