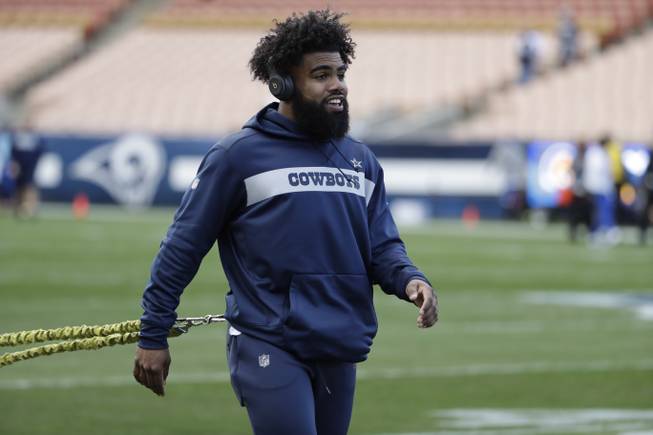 Dallas Cowboys star Ezekiel Elliott was handcuffed by police, but not arrested, after a scuffle involving event staff at a Las Vegas music festival.

Cellphone video posted by celebrity website TMZ appeared to show Elliott speaking with a woman and then with several security and event staff members, including one who falls backward over a metal parking area barricade.

Elliott’s attorney, Frank Salzano in New York, told TMZ that event security misconstrued the situation and overreacted, and that Elliott left Las Vegas for Dallas after the incident to be at his youth football camp Sunday.

Salzano didn’t immediately respond to messages from The Associated Press.