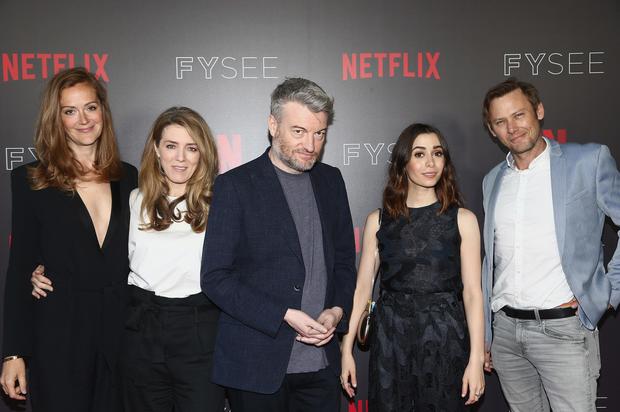 Black Mirror season five will finally be returning to Netflix on June 5th. The show began teasing the fifth season at the beginning of the year, shortly after the release of Black Mirror’s interactive film, Bandersnatch which was essentially Netflix’s trial run for choose-your-own-adventure type films. Last week, they announced they shared a trailer for the fifth season which didn’t really tell us much except that Miley Cyrus and Anthony Mackie were to appear in it. Today, they’ve unveiled the trailers for each episode in the upcoming season.

Season five of Black Mirror will be shorter than season three and four. They released a trailer for the new season earlier today which shared better insight on what to expect with each of the three episodes. The first episode, titled Smithereens, is about a cab driver who listens to a meditation app on the job goes haywire before taking his passenger hostage. Andrew Scott, Topher Grace, and Damson Idris star in this episode.

Rachel, Jack and Ashley Too is the second episode in the upcoming season which features Miley Cyrus, who’s a massive popstar with a diehard fan who tries to meet her through a toy robot.

The third episode, Striking Vipers, find two old college friends rekindling their friendship which ends up sparking a series of events that could change their lives forever.

Peep the trailers and keep your eyes peeled for the new season of Black Mirror.