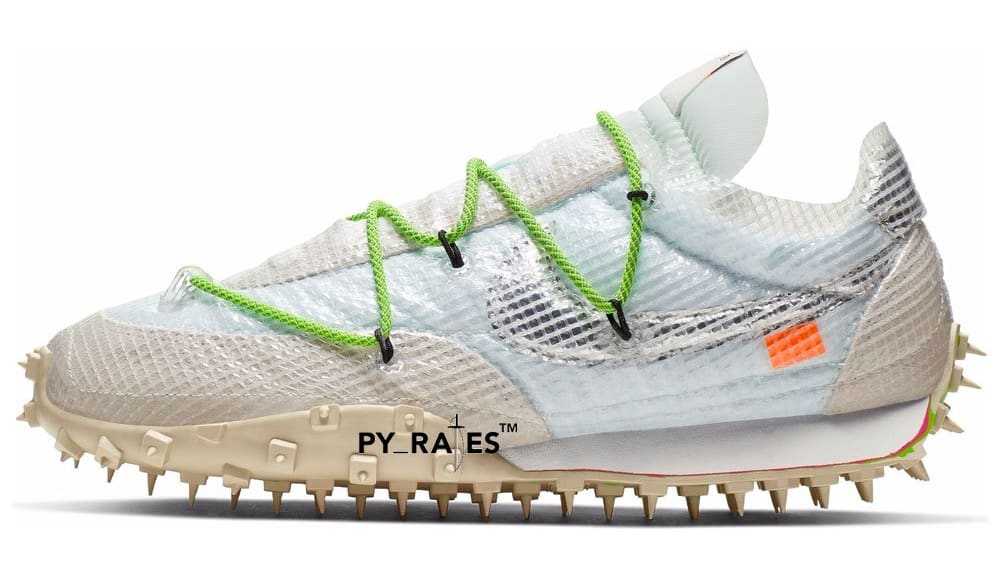 According to leaker py_rates, Abloh will explore new territory in 2019 with a three-sneaker women’s Waffle Racer pack. The range is expected to include “Black/Fuchsia/White,” “White/Electric Green/Black,” and “Vivid Sky/Black/Electric Green” colorways, although no images or renders are available at this time.

First introduced in 1973, the Waffle Racer was one of Nike’s most influential early models and gets its name from its sole, which was famously invented by co-founder Bill Bowerman using a waffle iron. A 2017 Waffle Racer release is pictured below for reference.

UPDATE (05/21): The first images of the upcoming Off-White x Nike Waffle Racer have surfaced in a “White/Black/Electric Green” colorway, courtesy of @pyleaks on Twitter. The track-inspired women’s design resembles the recently-announced Zoom Terra Kiger 5 collab from Abloh that is hitting stores in late June with a similar lacing setup, branding hits, and track spike bottoms. Pairs are expected to retail at $150. A release date has yet to be announced.

Automatic Watches Dominate the Luxury Market. What Are They?