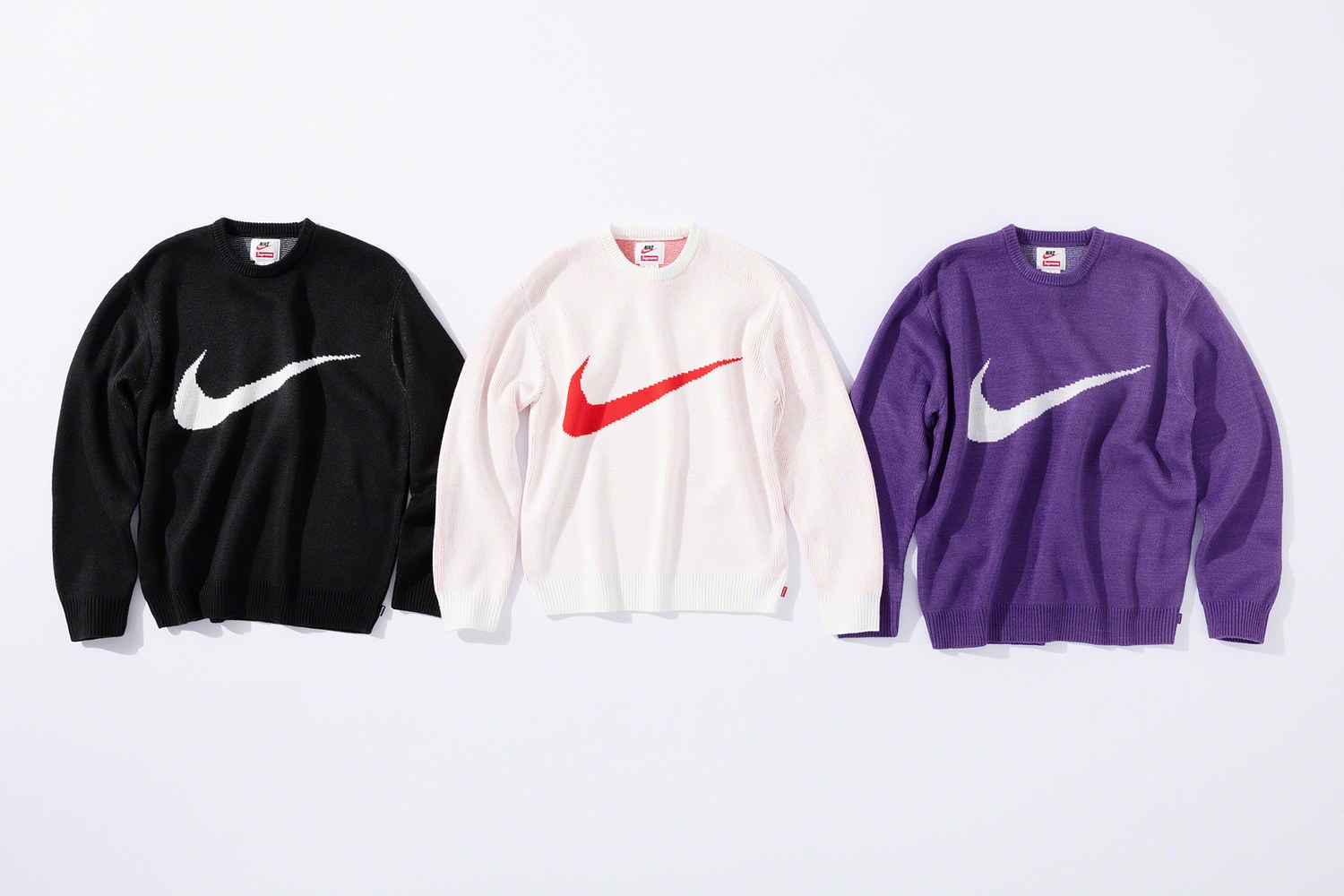 It’s a tale as old as time: Supreme and Nike collaborating on limited-edition threads that drive fans absolutely bananas. For years, the two companies have churned out co-branded apparel and sneakers to much fanfare. It doesn’t matter how many times it happens, fans of both brands will come out in full force to purchase. And this season proves to be no exception as the duo has produced a collection of extremely 1990s-inspired sportswear—including a next-level acrylic sweater that is as covetable as it gets.

The majority of the collection is standard-fare assorted athleticwear. There are striped sweatpants and hoodies, warm-up pants and sport jackets, and nylon shoulder bags aplenty. The gear looks like the weekend wardrobe of a high school P.E. coach back in the ‘90s, which is to say exactly what streetwear cool kids and fashion influencers are wearing today. But the real star of the collection is a perfectly chunky Swoosh-adorned sweater. The garment comes in a dusty white, eggplant purple and straight black—and it’s one of the things Supreme does best: a quiet-loud classic that will look as good in the years to come as it does now. Sure, you can run out to Footlocker and buy a crewneck Nike sweater with a screen-printed logo, but wearing a jacquard-loomed, Swoosh-logo-fied garment is as advanced-level a style move as it gets. (One that says you may have outgrown plastisol but you’re never too old for huge logos.)

It feels a bit sacrilegious to be lusting after fuzzy outerwear as we head into the summer months, but we promise this grown-up streetwear sweater is worth it. It’s the type of knit that separates the hypebeast men from the hypebeast boys. Buy it now and put it on ice until the first cold snap of autumn comes—and then wear it when the next Supreme x Nike collection drops.