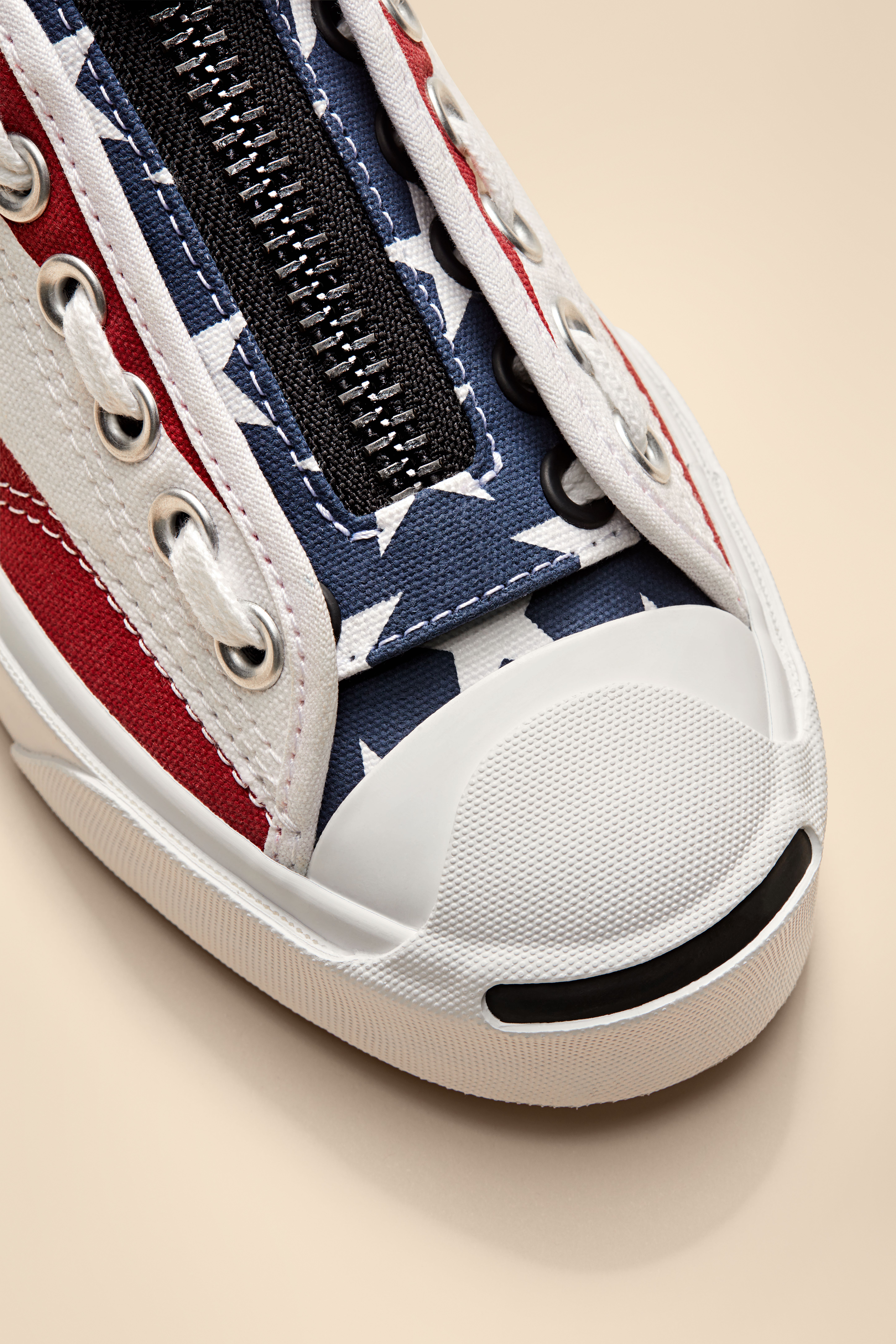 Following up its ERX 260 Hi project from earlier this year, TakahiroMiyashita TheSoloist. has once again joined forces with Converse. This time, the duo is providing two pairs of the Jack Purcell covered in Converse’s “Stars and Bars,” a heritage print first introduced in 1991 inspired by classic Americana.

One colorway opts to cover the low-top in a patriotic red, white, and blue color palette. The other showcases a more toned-down black and white iteration of the American flag’s stars and stripes. Common features across both pairs include a black zipper running up the tongue, the Jack Purcell’s signature white rubber toe cap, and translucent outsoles that act as windows to special messaging from Miyashita’s label. When unzipped, the tongue reveals the brand’s “I am the Soloist,” slogan as well.

The TakahiroMiyashita TheSoloist x Converse Jack Purcell collection releases alongside a collection of apparel on Thursday, May 23 via converse.com and TheSoloist. pop-up shop in New York City (165 Hudson Street) running through July 28. Prices range from $75-$400.

Automatic Watches Dominate the Luxury Market. What Are They?