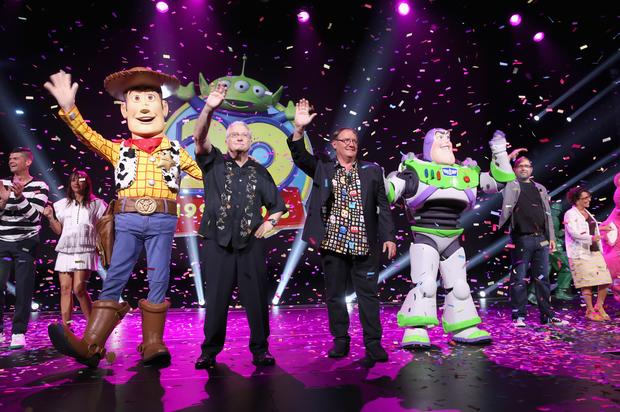 With the fourth installment of Pixar’s longstanding Toy Story franchise arriving on June 21st, hype for the inevitably emotional flick is beginning to take shape. While we’ve already been given a few lengthy peeks into what might be expected, Pixar has decided to unveil yet another “official” trailer upon us, providing further insight into the film’s plot and major setpieces.

With Andy no longer in the mix, the toys have been enjoying life under Bonnie, who played a pivotal role in the Frankenstinian-birth of toy slash abomination “Forky” (Tony Hale). Now, with a road trip on the horizon, the Toys look to be on the verge of their most mobile adventure to date.

The trailer provides a bigger look at some new faces, including “Canada’s Greatest Stuntman,” Key and Peele’s stuffed duo, a few nefarious dummies, and much more. Overall, the preview looks to be setting a tone without revealing too much, a victory in the modern era of spoiler-filled trailer construction. Are you excited to catch Toy Story 4? All things considered, this one looks to be a worthy successor to the triumphant third Toy Story, and will likely fill fans with emotion and nostalgia in equal measure.

Check out the official synopsis below, and look for Toy Story 4 to hit theatres on June 21st.

Woody has always been confident about his place in the world and that his priority is taking care of his kid, whether that’s Andy or Bonnie. But when Bonnie adds a reluctant new toy called ‘Forky’ to her room, a road trip adventure alongside old and new friends will show Woody how big the world can be for a toy.