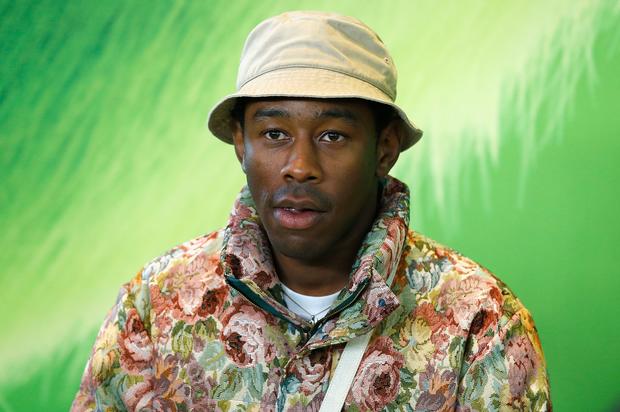 Tickets for Tyler’s next show in London go on sale this Friday.

I gather even Tyler couldn’t have predicted what would inevitably transpire over his weekend trip. Don’t think for a second Tyler’s excursion in the UK wasn’t intentionally planned to coincide with the expiration of a travel ban, news of which hit the press in an overlapping timeframe. Tyler has issued the ban in 2015, without any incident.

Apparently, British authorities were concerned his presence in the country would incite mischief and foul play. Enough time has come to pass for us to forget the root cause of the stipulations. But according to our records, the powers-that-be had taken issue with homophobic remarks he’d made in a song(s). With the ban lifted, Tyler assumed the mood “around the office” had changed, with respect to his antics – but alas he was dead wrong. Venue security, as mandated by local authorities shut down his most recent gig at the Bussey building in Peckham, at the slightest sign of teenage angst.

What was originally conceived in two parts on Twitter, become one all-encompassing Instagram post: a picture pose where Tyler dressed up in the Florida Gators color scheme, and his return to Brixton, all in one neatly-pleated memo. As the following tweet clearly delineates, tickets are now on sale for Tyler’s make-up recital at the Brixton Academy in London. Take a page out of the Drill notebook, it’s not easy making a living as a brash, outspoken rapper in the city of London, much less from the perspective of a visitor.