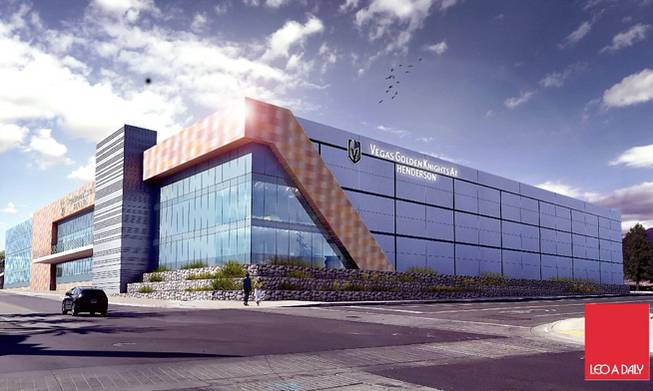 The Henderson City Council on Tuesday unanimously approved an agreement with the Golden Knights to build an indoor ice skating center in downtown Henderson.

The city also unveiled an artist’s rendering of the $25 million facility, which should be completed in July 2020. It will be on the 3.2-acre former site of the Henderson Convention Center and will feature two NHL-sized sheets of ice as well as shopping areas, meeting spaces and a restaurant overlooking the ice.

The facility will not be a second practice home for the Golden Knights, who will stay at City National Arena in Summerlin. It will, however, host adult and youth hockey leagues, figure skating and tournaments. It will host five watch parties a year for Golden Knights games.

The lease for the facility runs 20 years, with the option of two additional 10-year terms. Henderson will contribute about $10 million to the facility and will take ownership once the lease expires.

It will be the fourth hockey complex in Southern Nevada and the second built in partnership with the Golden Knights. When Las Vegas was awarded an NHL team in 2016, the Las Vegas Ice Center in the west valley and Sobe Ice Arena in North Las Vegas were the only skating rinks.