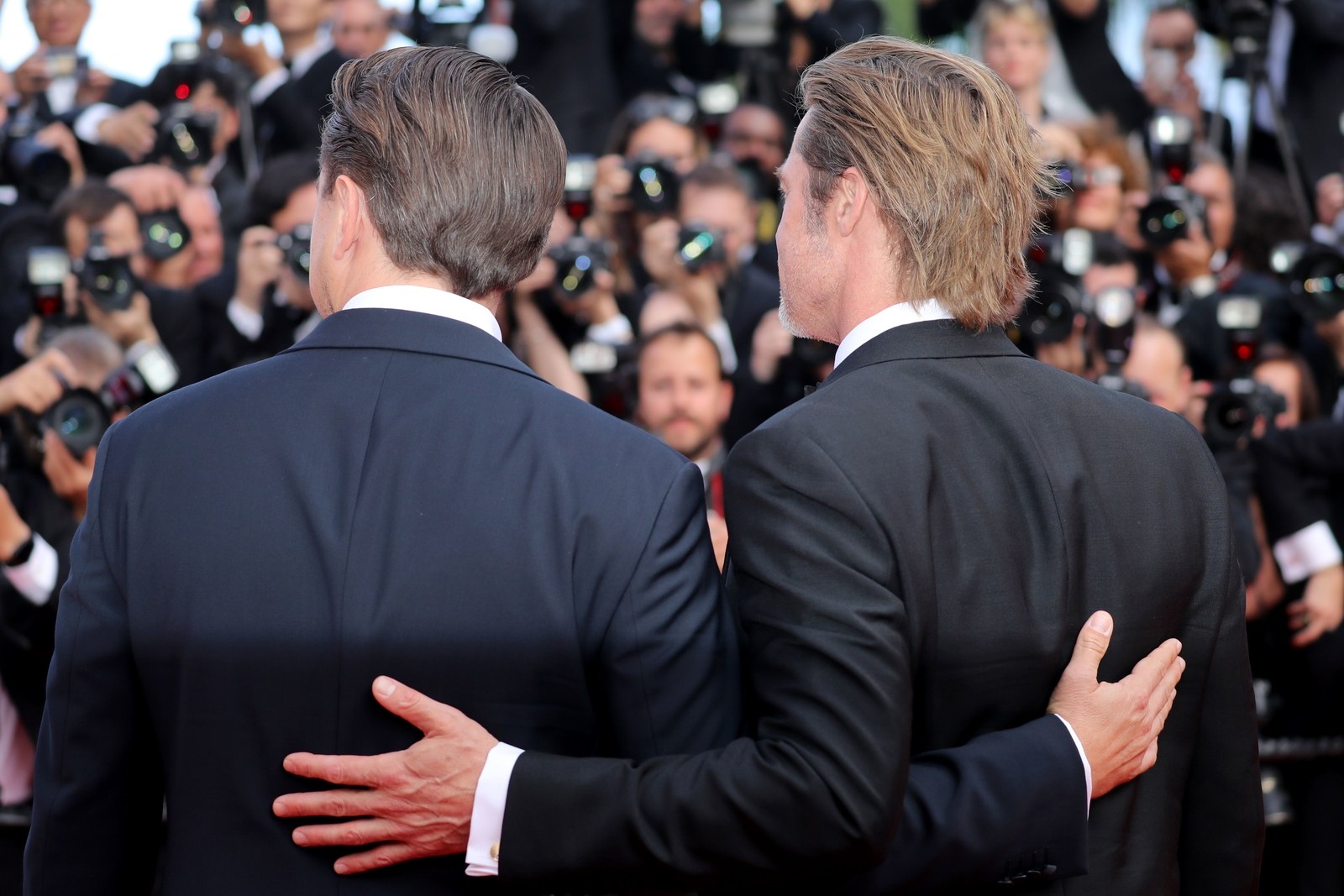 On Tuesday evening, right around the time it’s acceptable to start pouring vodka into your grapefruit juice, Quentin Tarantino’s much-anticipated Once Upon a Time in Hollywood had its big Cannes premiere, officially launching its campaign to dominate our whole summer and maybe the rest of the year. (It comes to theatres in the United States at the end of July.) Tarantino’s movie focuses on the late ’60s in Hollywood, when a number of dark forces, including the Manson murders, ensured that Hollywood’s ugly underbelly became its defining narrative instead of its worst kept secret—and yet somehow that, too, transmogrified into a golden age we call the New Hollywood.

On the red carpet were uncannily pointed references to every era of Tinseltown’s rose-colored history: Elle Fanning wore a big hat and a giant skirt, a frothier tribute to the stiff New Look that Christian Dior introduced in 1947 and legendary costume designer Edith Head would use as her palette for the next several decades. There was the Jazz Age, and Margot Robbie, channeling Sharon Tate, who she plays in the film, was in Chanel sequin cigarette pants and a big poofy babydoll negligee, looking like she was freshly celebrating the demise of the studio system that ushered in the New Hollywood.

The film’s nostalgic premise is so potent, it seemed, that even its premiere played along–not least the men of the evening, the film’s stars, Leonardo DiCaprio and Brad Pitt. (Tarantino, too, got his own star turn.) In pristine tuxedos, pulling their sunglasses on and off, they formed a Mount Rushmore of Hollywood Machismo. They looked amazing, their skin glowing in the divine Mediterranean sun, and Pitt and DiCaprio appearing as though they groomed their hair back with two brushes made of the finest horsehair, Phantom Thread-style. They looked like leading men. They looked like real movie stars.

Movie stars haven’t really been around lately, and that’s part of the reason why the internet has been fixated, for the past several months, on a Twitter account called Movie Premieres Unlimited. The account aggregates red carpet images from the ’80s and ’90s, when celebrities looked remarkably natural and yet still not human, but in a totally different way. Those decades, especially the ’90s, were a different kind of golden age, when Hollywood was churning out feel-good triumphs of socially liberal politics, like Forrest Gump and The English Patient and American Beauty, and to be a big movie actor was to be an artist. An heir to Pacino. Nicholson. Brando. Tortured and rich and a Real Man. There is a playboy beatnik energy to the looks: the great masculine beauty of Kevin Bacon in his undone shirt and chest full-a-hair and his shiny chestnut suit; the kookiness of a real artist’s spirit behind handsome Tom Cruise’s embroidered cowboy shirt and real big merlot blazer at the 1992 premiere of Year of the Comet. There were no deals with brands or “power” stylists, and though the handlers were there, there were fewer of them. Everyone just looks less…sculpted.

Those images are more casual than what we saw today, but that’s nonetheless the energy that Tarantino, Pitt, and DiCaprio are conjuring. Pitt and DiCaprio even have goatees! In part, of course, they are icons of that era—they can’t help it. Like all of Hollywood’s other golden eras, the ’90s had its own signature villain in Harvey Weinstein, and indeed, this is Tarantino’s first film without a Weinstein credit, which makes the trio’s hunk act somehow more daring, another glistening rewrite of what once was.

Can You Guess Why This Rolex Is Unusually Valuable?