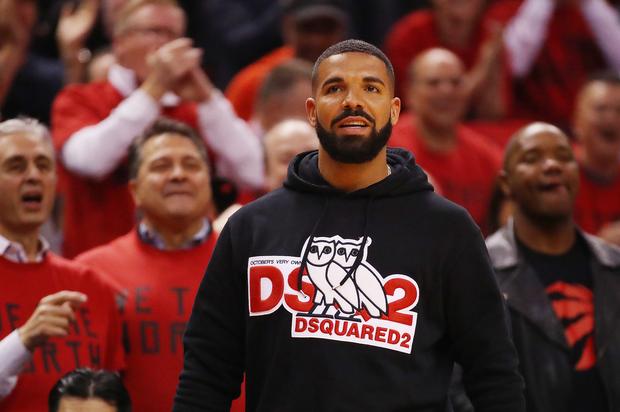 The Bucks and the Raptors met up for Game 5 of their series.

The petty is on display and in full effect for Game 5 of the Milwaukee Bucks vs. Toronto Raptors NBA Eastern Conference Finals series. The last few games showcased Raptors ambassador and superfan Drake courtside mocking his favorite team’s opponents. Drizzy received backlash for his behavior, but the Bucks are proving that they can bring some drama of their own.

Game 5 finds the two teams going head-to-head at the Fiserv Forum in Milwaukee. There may not be someone as enthusiastic as Drake cheering on the Bucks, but the team’s owner, Wes Edens, had someone special to him on the sidelines. Mallory Edens, Wes’ daughter, was spotted courtside wearing a t-shirt with Pusha T’s face on it. Next to her was none other than Green Bay Packers quarterback Aaron Rodgers.

Drake doesn’t mind the competition, even if he’s the butt of the joke. “All is fair in war and war and trust me I’ll still get you tickets to ovo fest,” he wrote on Instagram.