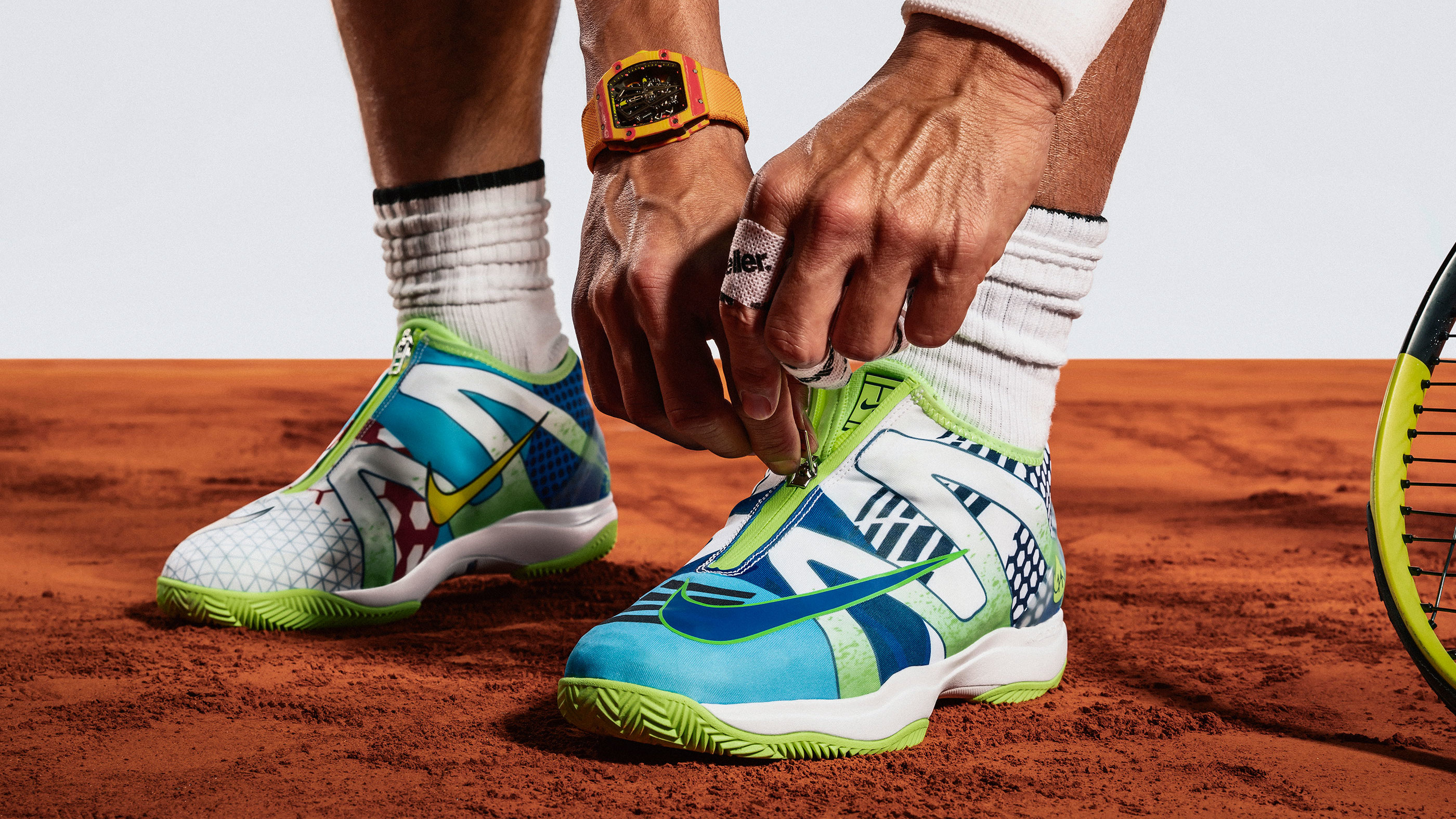 To celebrate the 2019 French Open, Nike is releasing a special version of the NikeCourt Cage 3 Glove.

This pair is inspired by Spanish tennis superstar Rafael Nadal’s 11 career French Open titles. It will also be worn by the clay court legend as he chases his 12th Coupe des Mousquetaires in this year’s tournament. As a visual representation of all 11 Grand Slam wins, Nike has dressed the Cage 3 Glove in a wild “What The” color scheme.

“It’s an emotional shoe,” Nadal tells Sole Collector. “The details on the shoe have a small piece of history from every Roland Garros I’ve won so it’s a special one. I’m super happy to wear it and think Nike did a great job.”

The shoe itself is dressed in a “Volt Glow/White” color scheme and sports a zipper shroud inspired by the Air Zoom Flight. It is scheduled to hit nike.com and other select retailers on May 26 in limited quantities.