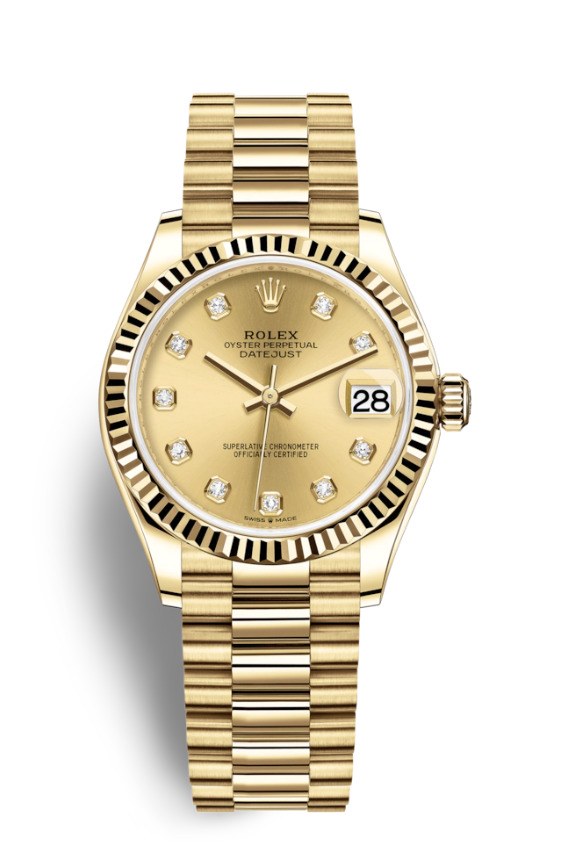 Welcome to Watches of the Week, where we’ll track the rarest, wildest, and most covetable watches spotted on celebrities.

Rap superstar Future’s son is named—what else?—Baby Future. And Baby Future celebrated his fifth birthday last weekend, officially turning the age when you get to hold up all your fingers while announcing, “I’m this many.” As his birthday present, Future Sr. gave his son a brand-new Rolex Datejust that costs almost $30,000. Many people treat watches of this caliber like heirlooms, holding onto them until their children can truly appreciate an object meant to be treasured forever. But Baby Future received his Rolex before he even hit the first grade. He took it all in stride, offering up a polite, “Thanks” in response to the gift. Also this week: Drake’s collection of Richard Mille pieces expands in less horny directions and Virgil Abloh wears a more traditional Patek Philippe.

Baby Future’s teensy Datejust was purchased at Eliantte, high-grade jeweler to the stars, Future’s stylist Bobby Williams tells us. The watch is just small enough to fit on the grade-schooler’s wrist and should make for the best item to turn up at a show-and-tell someday soon.

Virgil Abloh caught our attention a couple of weeks ago when he wore a customized completely matte black Patek Philippe. The designer is typically dead set on tweaking designs ever so slightly to make them undeniably his. Not the case with the Patek Philippe he wore while presenting his new “sound installation” in Paris. If there’s an object perfect enough that even Abloh would leave it as-is, it makes sense it’s this vintage Patek Philippe Nautilus with a black dial and 18-carat gold case.

DJ Khaled, the father of Asahd, appeared on Jimmy Fallon wearing a diamond-encrusted Patek Philippe Nautilus (presumably a major key). The Nautilus is already a watch-guy fave, the rare piece dudes willingly wait on lists for almost a decade to buy. But DJ Khaled built his career on a version of pop hedonism where one A-list name is never enough for a single track. Why just Beyonce when you can get her plus Future and Jay Z? Think of this watch the same way: Why just wear a simple Patek when you can smother it with diamonds?

Winners wear Rolexes. When Tiger Woods won his first Masters tournament in over a decade last month, he celebrated by putting on a Rolex Deepsea D-Blue. And after Brooks Koepka held onto victory at Bethpage Black last weekend, he hoisted the trophy in the air while wearing a Rolex Sky-Dweller. The watch distinguishes itself with a center sub-dial that keeps track of a second time zone. Maybe he already has his time set to Pebble Beach, California, the home of the next major.

Plus, Jay-Z gave his $2.5 million Richard Mille a night off in exchange for an equally special piece.