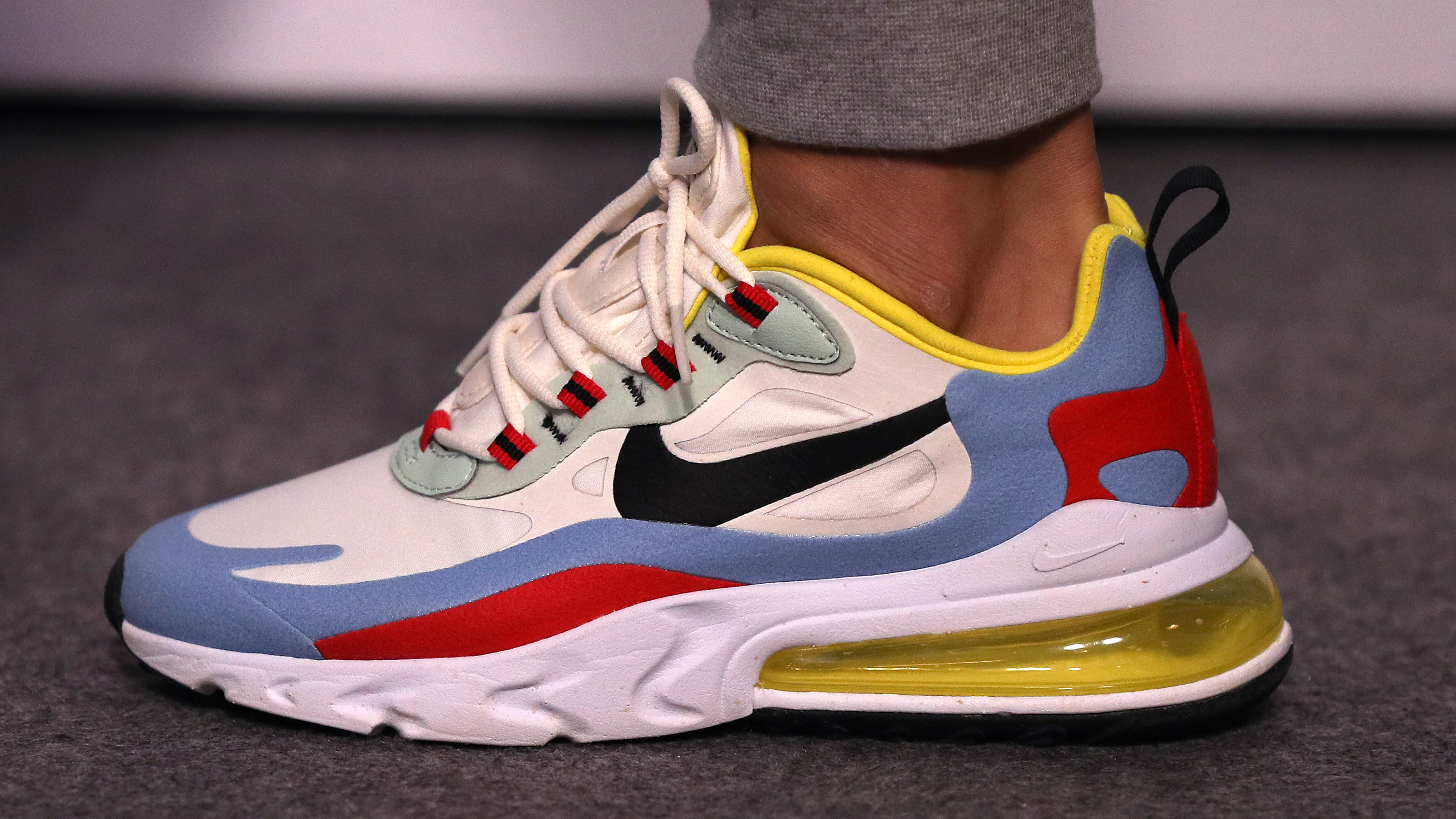 Although the Nike Air Max 270 has taken somewhat of a backseat to this year’s Air Max 720, it’s not over yet for the heel-cushioned model.

A video shared by the U.S. Soccer Women’s National Team ahead of the World Cup shows the team decked out in matching Nike sweatsuits along with a never-before-seen sneaker believed to be the Air Max 270 React.

The high-resolution photo of the shoe being worn by Alex Morgan above gives an idea of what to expect from the new model. The pairs worn by the team feature white-based uppers with blue and red accents along with volt Air bubbles. The remainder of the midsoles will presumably be made up of React foam.