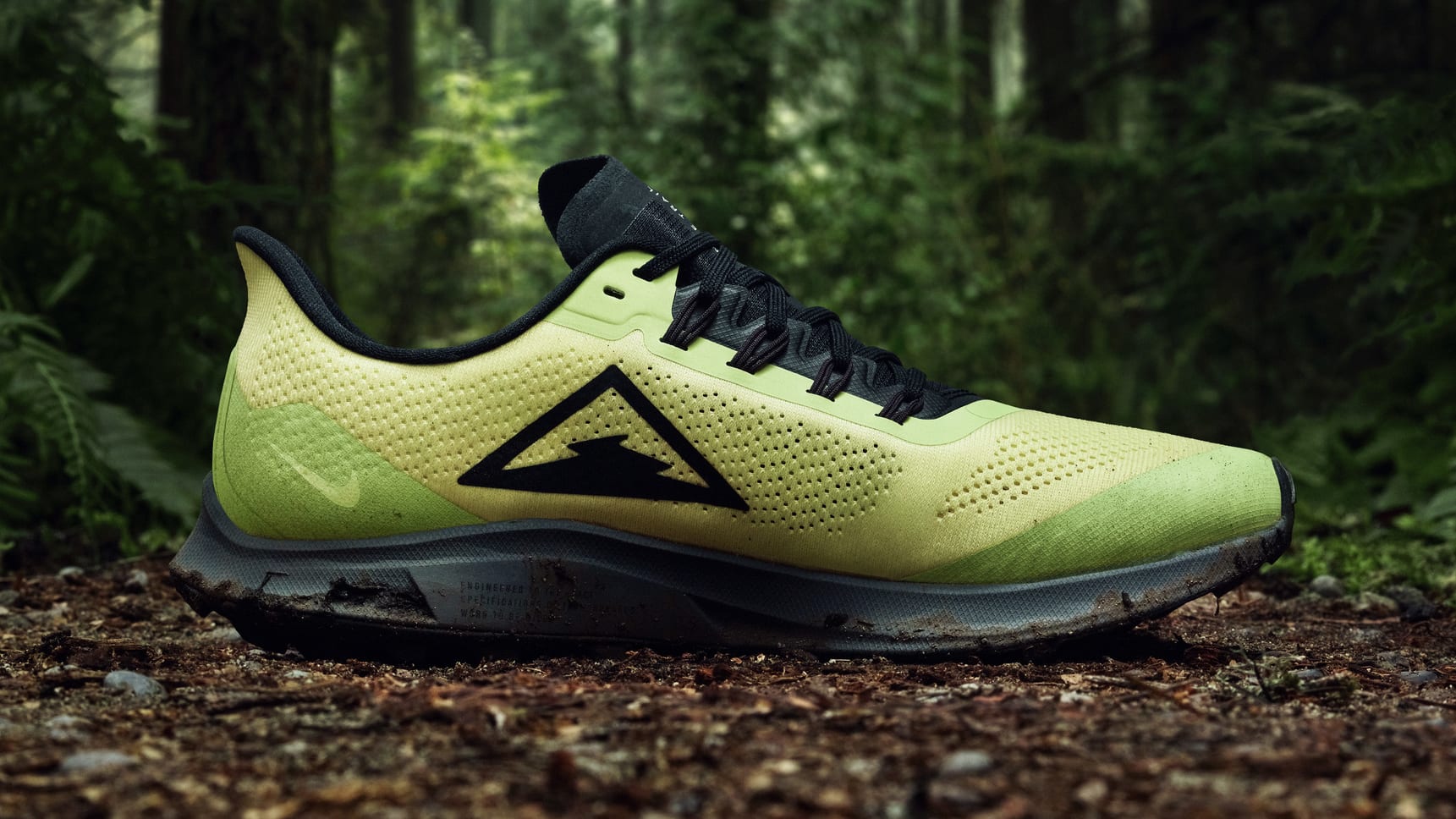 Nike is reintroducing a brand new runner to its lineup that is tailor-made for the outdoors, the Air Zoom Pegasus Trail.

The trail running model is being brought back for the first time since the early 2000s albeit using the upper shape of the most recent addition to the Pegasus line, the Air Zoom Pegasus 36. Performance improvements include a ventilated mesh upper to combat sweat and puddles, overlays on the forefoot and heel for increased durability, and a rugged traction pattern for use on the ever changing outdoor terrain.

Cosmetically, this pair is dressed in a vibrant volt upper with black accents. A large black Swoosh on the lateral side panel and Nike Trail logo on the medial side complete the design.

Look for the Nike Air Zoom Pegasus Trail to hit nike.com and other select retailers on June 13 for $130. In the mean time, take a closer look at the debut colorway below.