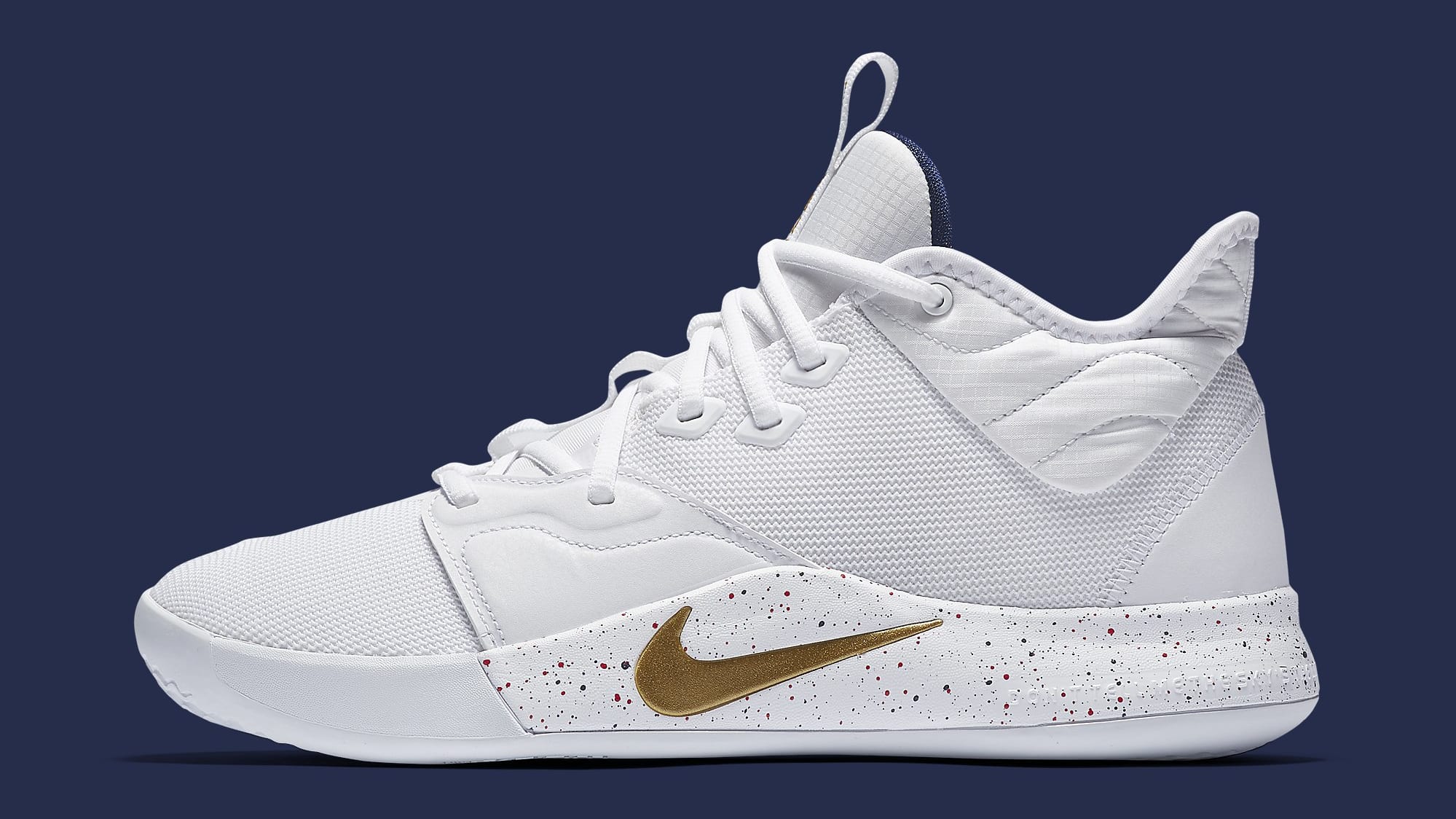 While playing for Team USA in 2014, Paul George suffered a gruesome broken leg during a scrimmage that threatened his career. However, with sheer determination and unbreakable will, George not only returned to the court, but also helped win a gold medal for his country at the Rio Olympics in 2016. George has gone on to become a First Team All-NBA star and MVP candidate, but his time with Team USA will always be a major part of his story.

This summer, George’s Nike PG 3 signature sneaker is releasing in a colorway bearing the palette of Old Glory. A subtle execution, the shoe is predominantly styled in white, complemented by metallic gold Swoosh branding, a navy interior, red and navy speckles along the midsole and a section of red and navy traction.

The “USA” PG 3 will release on Friday, June 21 for $110 at nike.com and Nike Basketball retailers.