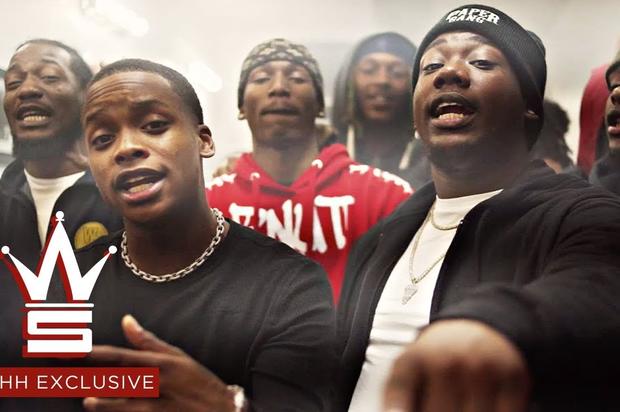 Calboy is one of the hottest rising artists out right now. His single, “Envy Me” took over the streets and he’s getting ready to release a new project very soon. Over the past few weeks, he’s been releasing a ton of singles in anticipation for his new project. He teamed up with Moneybagg Yo for “Unjudge me” before linking up with Polo G for their collab, “Caroline.” Now he teams up with 147 Bubz for his latest single, “Ghetto Lullabies.”

Calboy and 147 Bubz join forces for their latest collaboration. Calboy delivers his signature melodic flow over a bouncy but smooth beat. 147 Bubz comes through with a rapid flow with a melodious touch to it. The single was delivered with a visual which they dedicate to their late friend Jackboy at the beginning.

Peep the new song below.

Quotable Lyrics
Shorty love me ’cause she see me in this foreign car
Lord forgive me, I’ve been reckless, I’ve been breaking hearts
I don’t fuck around with these bitches, they better play their part
From the trenches, when we in it, yeah I carry arms