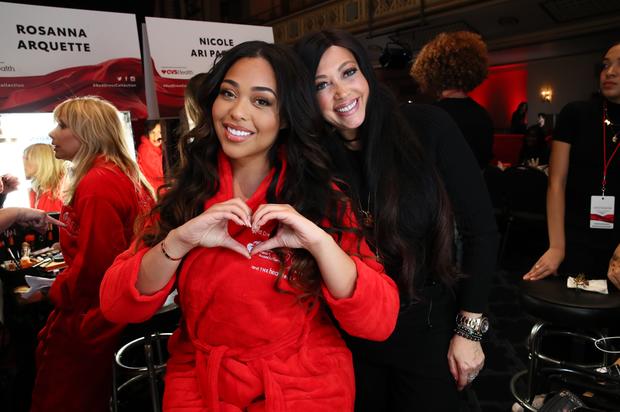 Jordyn Woods dipped to the UK.

Jordyn Woods was recently spotted in London with her mother Elizabeth, according to reports by TMZ. As such, this is Woods first appearance since the emotional preview of the new Keeping Up With The Kardashians episode which weighed in on the Tristan Thomspon cheating scandal. Herein, Kylie Jenner is heard saying that Jordyn Woods really “f*cked up” and captured Khloe Kardashian in the middle of what looked like a complete emotional breakdown. Despite the drama-filled episode airing very soon, Jordyn Woods seems unfazed by it all. The trip to London is timely considering Woods was reportedly allowed into Kylie’s home to remove her belongings from the guest house.

Indeed, Jordyn’s appearance with her mom can serve as confirmation that the move has happened. And so considering the previous report stated Woods was “moving back to her mom’s house” because the cheating ordeal has “been a difficult time.” Relatedly, a source close to the tumultuous affair shared with People magazine, “When they first started hearing on Monday that Tristan made out with Jordyn, no one really believed it. That Tristan would be inappropriate, yes everyone knows that he can’t behave, but that Jordyn would make out with him, it first seemed like a made up rumor.”