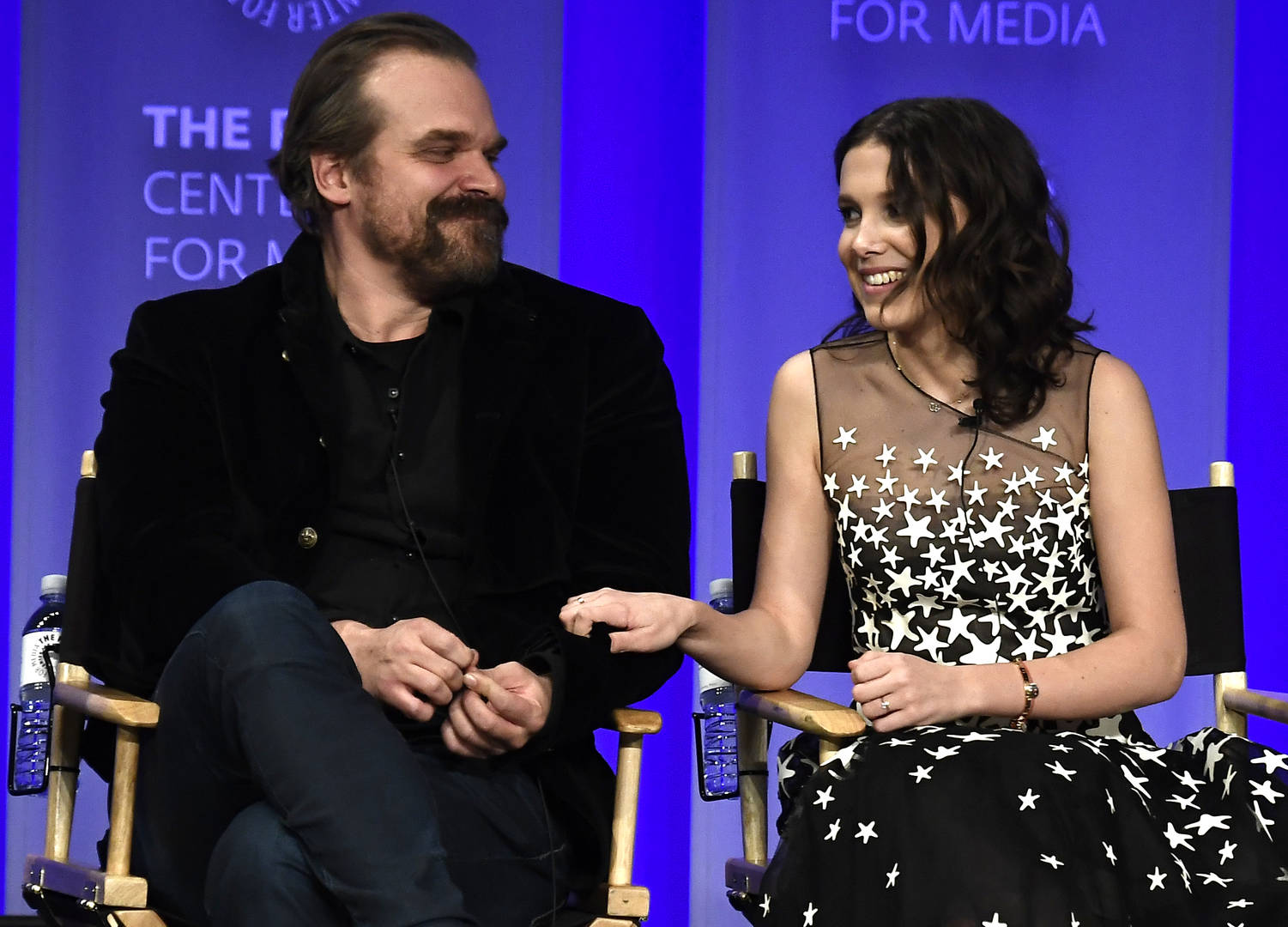 Season three of “Stranger Things” may bring on some tears.

We just posted about the latest teaser Netflix dropped off for its upcoming third season of Stranger Things and now one of the lead acts from the show, David Harbour, reveals more on what to expect from the show. Speaking at MCM Comic-Con this past weekend, David detailed the father-daughter relationship with Eleven, played by Millie Bobby Brown.

“Millie [Eleven] is growing up and I think that’s the terrifying thing for Hopper. He doesn’t like the idea of his baby daughter hanging out with boys,” David detailed, according to Complex. “So the season starts with him a little bit uncomfortable. His daughter is becoming a teenager and beginning to find herself, so that’s scarier for Hopper than any Demogorgon creature that he’s going to have to deal with.”

Apparently, the eighth and final episode of the season will be the most “moving.”

“You get to see a lot of that throughout the season and it’s very unexpected what happens in the end and it’s very, very moving,” he added. “I think episode eight is the most moving thing we’ve ever shot.”