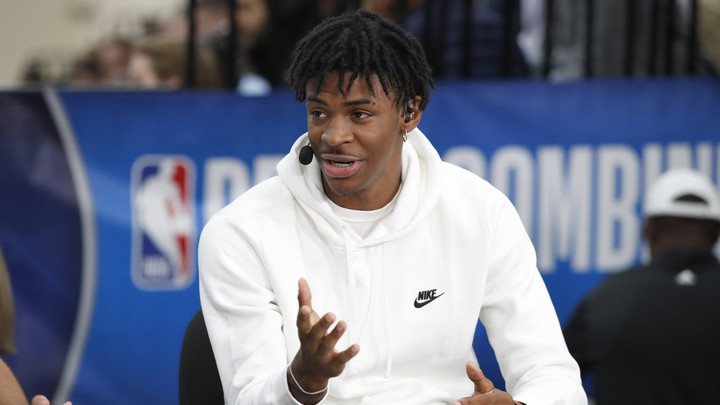 Ja Morant Has Reportedly Signed an Endoresment Deal With Nike

Highly-touted NBA prospect Ja Morant has signed an endorsement deal with Nike. The news comes courtesy of NBA insider Shams Charania who says the projected top-2 pick in this year’s NBA Draft has joined the brand on a multi-year deal.

Morant’s draft stock and name recognition rose during the 2019 March Madness tournament. The Murray State point guard helped lead the 12 seed Racers to an upset victory over 5 seed Marquette in the opening round. It is widely assumed he will be taken second overall by the Memphis Grizzlies on June 20 at the 2019 NBA Draft.

The 19-year old confirmed Charania’s report with a tweet of his own saying, “Now I’m proud to say I work for the check.” Specifics of the deal have not yet been confirmed.