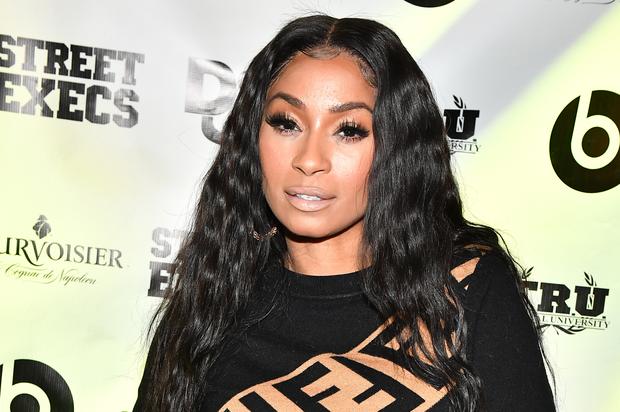 In this week’s Love & Hip Hop: Atlanta episode, a select few members of the cast head to Trinidad for a wild and drama-filled trip while Che Mack and Akbar V attempt to deal with unfortunate news back home.

A large chunk of the cast head to Trinidad for Machel Monday. Of the group, we include Rasheeda Kirk, Bambi, Scrappy, Tokyo Vanity, Joc, Kendra, Mimi, and a surprise guest who appeared later on. Although the trip to Trinidad occurred because of Spice’s performance at Machel Monday, Karlie thought it best to take charge of the group’s activities in the meantime.

Because Trinidad is her home, she took it extremely personally when Tokyo Vanity and Shekinah showed reluctance against her handling things. The trio found themselves consistently at odds throughout the trip as Karlie introduced the cast members to local foods and drinks. Eventually, a squabble occurred but was quickly remedied with the help of Rasheeda.

During their eventful trip to Trinidad, Scrappy and Bambi were questioned by Rasheeda on the state of their relationship since the arrival of the baby. While the couple first admitted to things being well, they eventually spill the tea. Bambi jokingly brought up that Scrappy felt sexually deprived as she had no desire to be intimate with him in any way. And the confession was not surprising to Rasheeda who admitted that postpartum often yields a lower sex drive and overall feelings of unattractiveness.

Although Scrappy attempted to be understanding when the issue was first brought up, he later admitted to being more bothered about it than he let on. During a strange field trip across a monkey forest, Scrappy, Kirk, and Joc discussed the issue again. Though the boys reasoned with him and suggested he cut Bambi some slack, considering she delivered a “whole baby” and needs time to bounce back.

As the majority of the cast enjoy their time in Trinidad, Che Mack and Akbar V stayed back in the A to hold down the fort. During a recording session, Akbar is surprised by Che Mack, who urgently begs for her to watch her daughter. As questions fly out of Akbar V’s mouth, Mack finally reveals that her baby father Made Man was shot and is currently in a critical condition at the hospital.

Although the previous episode detailed Che Mack leaving her man because of his infidelities, she still feels morally inclined to visit him at the hospital. Akbar V supports her decision, further affirming that it is the father of her child at the end of the day.

Pooh Hicks continues to bring trouble everywhere she goes and despite Mimi holding out hope for her, she shows no changes. In the previous episode, Mimi went on a whim, inviting Pooh to Trinidad. Upon her surprise arrival with Mimi, who came days later due to flight issues, the cast was beyond shocked. Karlie remained calm and attempted to go the amicable route with her long-time enemy. Yet, just like every time they face, things went all the way left.

Karlie gave Pooh an ultimatum, specifically requesting for Pooh to tell the truth and stop lying about them sleeping together, while Pooh offered her viewpoint. In a detailed and slightly cringe-worthy recollections of Pooh and Karlie’s alleged encounter, the reality television star put Redd on blast, saying that they had sex and Karlie defecated on the $750 sheets. Indubitably, the inflammatory comments led to both wigs and chairs being thrown.

Sierra invites her potential boo, Scrapp DeLeon to another philanthropic activity. The duo further bond, discussing the ways in which gun violence has individually robbed them of cherished loved ones. The scene hints at a possible connection between the two which may be explored further in the season (or perhaps, maybe in real life as well). Moreover, the potential couple is interrupted by Akbar V who comes through to clear the air with Sierra. Indeed, following the memorable altercation involving Spice and Tokyo Vanity, Ms. You Grew Here, I Flew Here thought it best to squash the beef with her true friend, Sierra. They discussed the prior beef and Akbar V once more promised to better and be the bigger person from now on.

Scrapp DeLeon continues his good deeds by attending a philanthropic event with Sierra which aims on ending gun violence. The two get cozy with one another, further hinting at a potential relationship down the road. In related news, Scrapp confirms he might be interested in Sierra during a conversation with Che Mack. As the two catch up on old times, Scrapp DeLeon admits he no longer wants to be a player and is now focused on finding the one.

In switching subjects, Che Mack brings up Scrapp’s uncle, Stevie J. The two discussed the ways in which Scrapp felt wronged by Stevie for not showing up in court to testify in his favor. To make matters worse, Che Mack announces that Scrapp’s ex, Tommie Lee, was reportedly spotted flirting with Stevie J. The news rubbed Scrapp the wrong way and teased he would be checking his uncle very soon.

IHOP Tests Out The Waters With Another Name Change