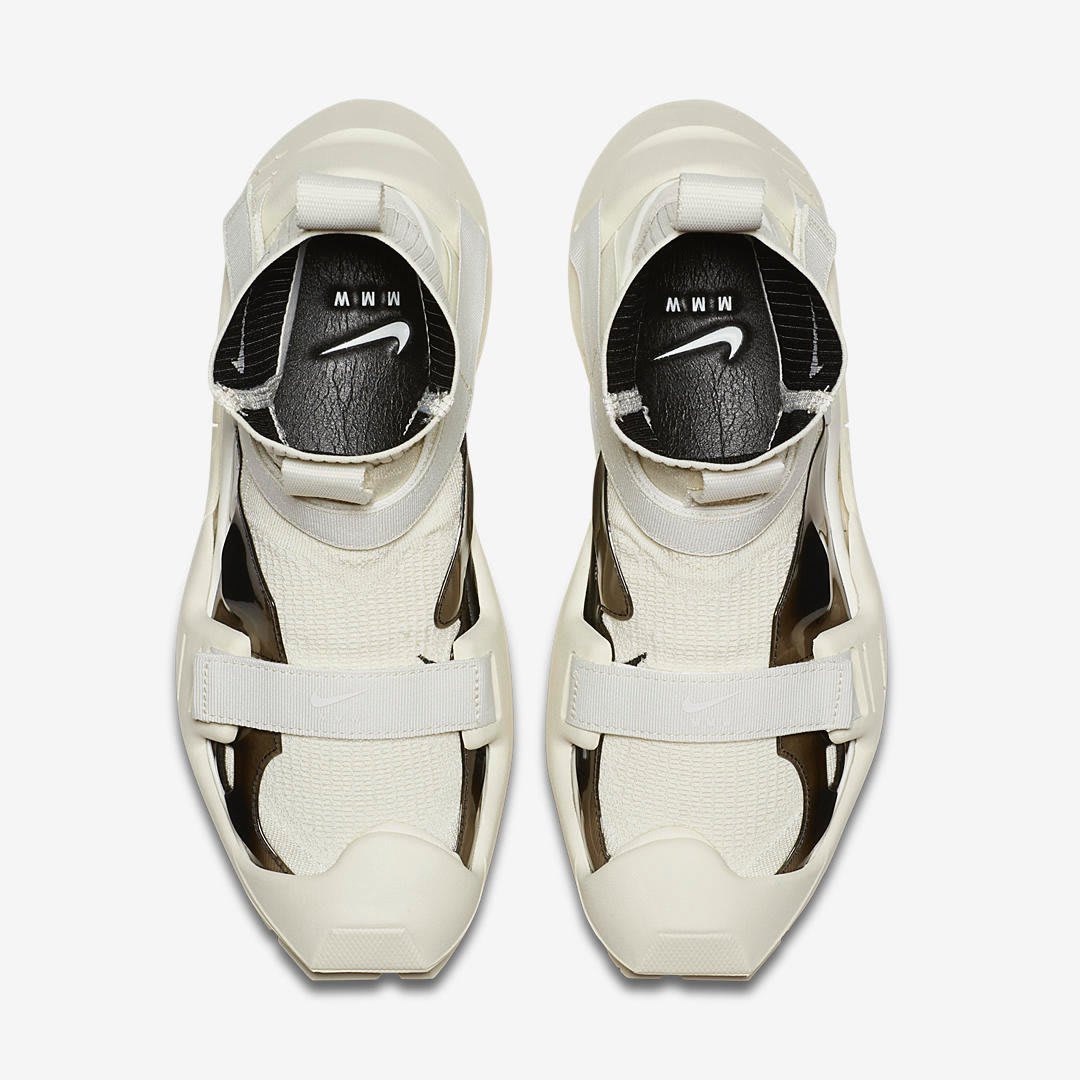 The design appeared for the first time at Paris Fashion Week in colors including the triple-black variation shared by Williams. With a rugged, boot-like profile, the shoe is affixed with straps and an exaggerated Vibram sole. Elsewhere, the medial side’s leather collar and zipper are reminiscent of Acronym’s Air Presto collabs.

According to Highsnobiety, this sneaker is known as the S19-Nike-MMW, and it will also come in a snakeskin-adorned white colorway. Release details are to be determined.

UPDATE (05/29): Detailed images of Matthew M. Williams’ upcoming Nike collaboration have surfaced in “Black” and “Light Bone” colorways. The Free TR 3 SP features an elastic ankle collar almost identical to a Nike crew sock. Translucent overlays add some durability to the upper, which sits atop a flexible Free midsole. The highlight of the Alyx creative director’s design is its removable Vibram outsole. Branding can be seen in the form of a Swoosh on the lateral ankle, larger Swoosh stamped on the medial side, and co-branded leather insoles. A release date and pricing still have yet to be revealed.

UPDATE (04/23): New images of Matthew M. Williams’ Nike collaboration have surfaced, courtesy of @solebyjc on Instagram. The “Light Bone” colorway of the rugged model sports a light bone mesh and leather upper, black detailing on the toe box and nylon straps, Free cushioning in the midsole, and a chunky Vibram outsole. Release information for the unique design still has yet to be revealed.