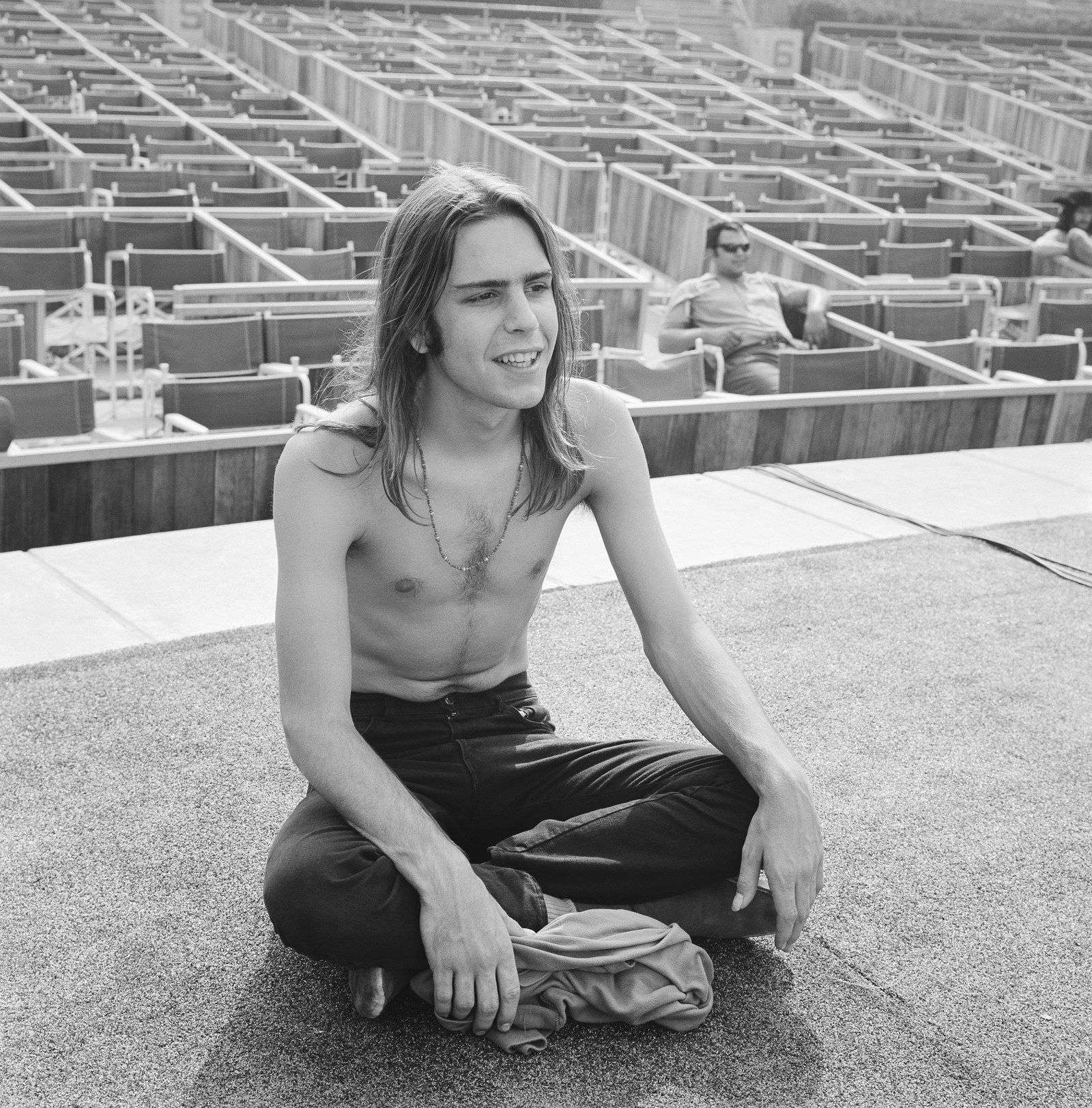 One paradox of the Grateful Dead is that while the band was, and remains, vastly influential in matters of design and fashion, the members themselves tended to be…indifferent, at best.

The exception was Bob Weir, the sole Dead member who—for good and occasionally less good—seemed interested in forging a personal style, an interest that continues today in his collaborations with designer James Perse.

And who better to cast an evaluating eye on that style through the years than his two daughters: Monet, 21, who is an actor and a senior at Chapman University; and Chloe, 17, a high school senior in Marin County and budding filmmaker, who is joining her dad on the Dead & Company tour that kicks off this week to shoot film footage of the revivified scene.

Truth be told, we may have hoped for a bit more eye-rolling filial derision when the younger Weirs joined their father on the phone for a walk down his sartorial memory lane. They are notably kind and generous daughters. Still, they were not without opinions, as you’ll see as we take a Weir family outing through 50 years of Bobby Style.

GQ: Okay, so, Weir Daughters, do we approve of this look?

Monet: Chloe is going to have a different answer than I am.

Monet: She does! I respect that culture, but personally, maybe because I’m older and grew up around it more, I took a different route. I went more for normalcy.

GQ: Do you remember this day, Bob?

Bob: I remember it was hotter than the hinges of hell. We were on a bill with several other bands, and it was “the Sound of San Francisco” or something. I don’t remember who closed. Probably Jefferson Airplane. Anyway, it was our first time out on a big stage, and it was a big deal to us.

GQ: Here’s another from that year.

Bob: I don’t think that was going through my head at the time, but it was a good guitar.

GQ: What was your approach to the Haight look, generally?

Monet: I feel like what he would do is dress kind of out-there but not exactly what his fans wore, because it created more of a separation. Like he never wears tie-dye or other classic hippie stuff. It’s almost like hippie chic.

Bob: I just wanted to be kind of elegant. People were paying good money to see us, and at the time I figured that meant we ought to dress up a bit.

GQ: This is part of a period with a lot of Western shirts.

Monet: I know my dad had an obsession with being a cowboy for a second. He survived, like, bulls or something.

Bob: I had a little ranch. Billy [Kreutzmann] had a ranch. Mickey [Hart] had a ranch at some point. We all went out and got ourselves horses and goats and stuff like that, to pursue a country lifestyle. So it was my cowboy phase because I was really doing it!

Bob: We bought these at Nudie’s Custom Rodeo Tailor, in North Hollywood. I wanted phoenix birds; they didn’t come out quite as I envisioned. But it was way too hot to play in. It’s a wool suit! We wore them one time, and that was that.