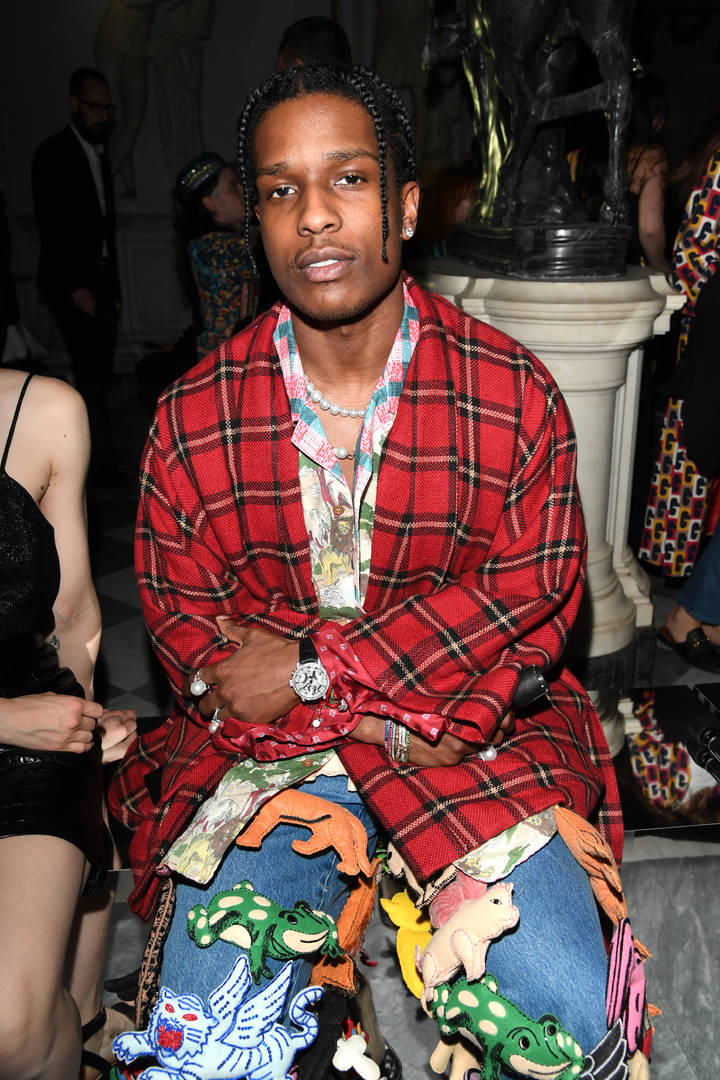 Despite no new news of his anticipated album release (even though fans have speculated a teased new track), Lord Flacko has graced the latest headlines with his wild spin on an animal print pant.

Despite his missing album, Rocky has not halted his musical efforts, appearing as part of the newly featured on the Game Of Thrones inspired album with NYC-affiliate Joey Bada$$ for the song “Too Many Gods.” The rapper’s latest appearance has him in Rome, Italy, at the Gucci Cruise 2020 show in the Musei Capitolini.

The self-anointed “fashion killa” flexed his fashion bravado in a pair of pants that few (if not none) would rock. Flacko was seen rocking a classic denim pair, that seemed to be bombarded with a mass of bright and quirky animal patches, including what looks like a furry rat and a pig with wings.  He paired the crazy pants with a sock-and-slides moment, as well as a brightly graphic button down, layered underneath an unuttoned oversized plaid shirt. A$AP proves, yet again, that he doesnt give a f*ck about opinions on his unique outlook to style, and he will wear whatever it is he feels like (in this case, a chaotic, yet casual, animal-patch pant).

How are y’all feeling the fit?