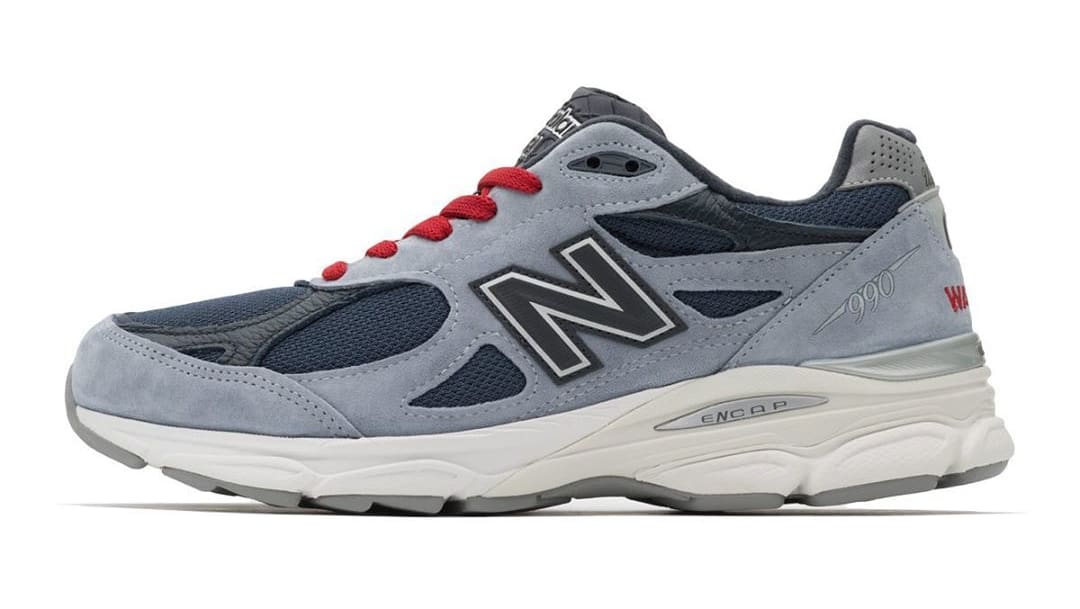 No Vacancy Inn, a creative collective consisting of Tremaine Emory (aka Denim Tears) and London musician Acyde, is known for its connections to names like ASAP Rocky and Virgil Abloh. Over the years, No Vacancy Inn has also established a cult following with its clothing line as well. Now, the duo is prepping the launch of its “Water and WiFi” New Balance 990 collaboration and using its platform to educate the youth on important world issues in the process.

Over the course of the past week, Emory has posted multiple news articles on his Instagram related to issues like economic disparity in the United States and the British election. He has asked his followers (18 and under) to e-mail him reactionary essays to the stories. The best essay will be gifted a pair of the upcoming collab.

This is only one aspect of the unconventional rollout. Emory has also posted screenshots of Lil Uzi Vert requesting a pair and seeded a pair to world-renowned chef Nobu Matsuhisa. New Balance athlete Kawhi Leonard was also recently seen trekking down the tunnel in a pair of the yet-to-be-released colorway.

The pair itself is rather simplistic in its approach. It combines two iconic colors from New Balance’s history, navy blue and grey. The toned-down mesh and suede upper is accented by bright red laces and “Water” and “WiFi” stitched on the left and right heel, respectively.

Anyone looking for a chance to own the collaboration can enter No Vacancy Inn’s raffle here. A wider launch has yet to be announced at this time.