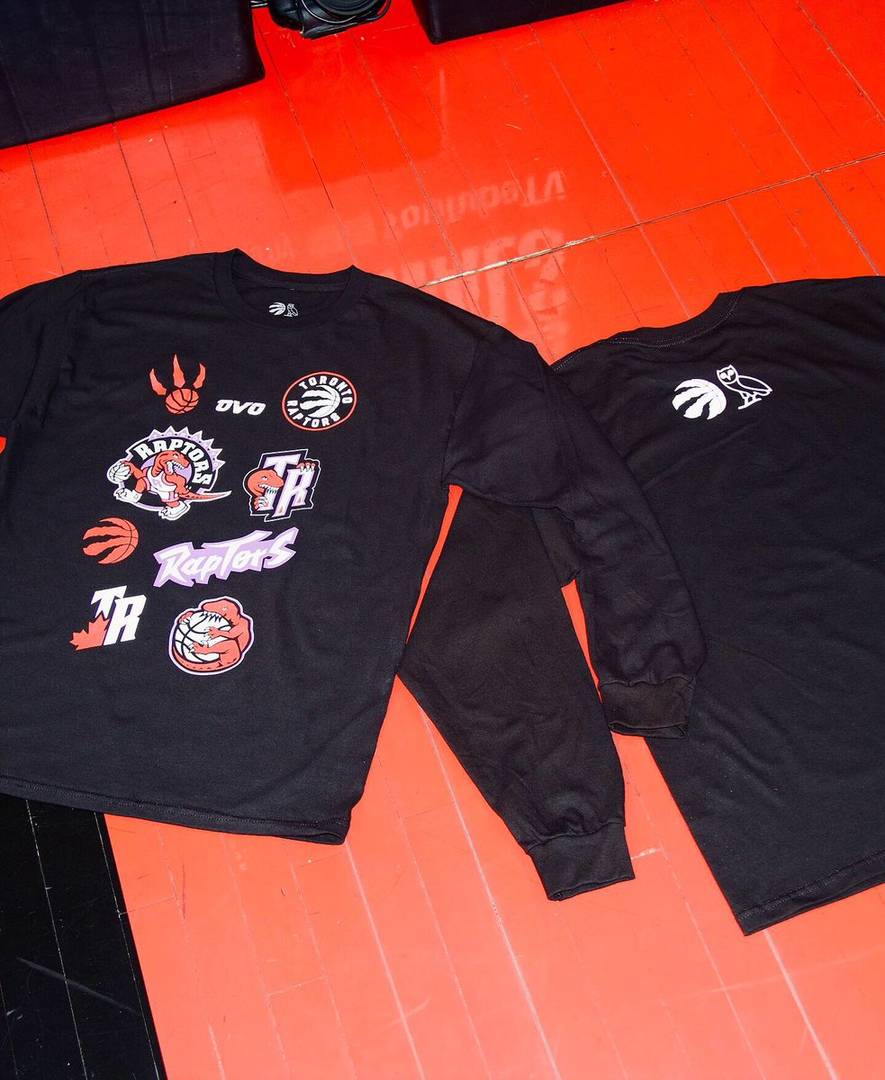 Fans in attendance for Game 1 will receive these OVO x Raptors t-shirts.

The Toronto Raptors have partnered with their global ambassador, and personal courtside cheerleader, Drake for a collaborative t-shirt in celebration of the franchise’s first-ever NBA Finals game.

The black long-sleeved shirt, featuring OVO branding and several iterations of the Raptors logo, will be given to every fan in attendance at Scotiabank Arena on Thursday night for Game 1 of the NBA Finals.

Drake left his fingerprints all over the Eastern Conference Finals and we expect many of the same courtside antics tonight, and throughout the NBA Finals. The NBA has even issued a warning to the Raptors regarding Drake’s “activity and presence on the sideline” during Toronto’s series with the Milwaukee Bucks.

That said, the two-time defending champs don’t seem at all worried by the Raptors’ global ambassador.

“It’s been entertaining,” Curry said Monday, per ESPN. “I know it’s a tricky situation with him being right there on the court, but at the end of the day, he’s having fun, having — you can’t hate on nobody having fun. Well, I guess in this life everybody hates on people having fun. So it’s par for the course on that one.”

When asked how he would deal with Drizzy’s sideline shenanigans, Draymond Green simply replied:

“Drake can’t shoot,” Green told reporters on Thursday. “Nor can he pass.”

“You ever seen Drake play basketball?” he added. “I saw a couple of highlights. It wasn’t so hot.”

Game 1 of the NBA Finals, airing on ABC, is set to tipoff in Toronto at 9pm ET tonight.

Keanu Reeves Admits He’s A “Lonely Guy,” Says He Doesn’t “Have Anyone” In His Life