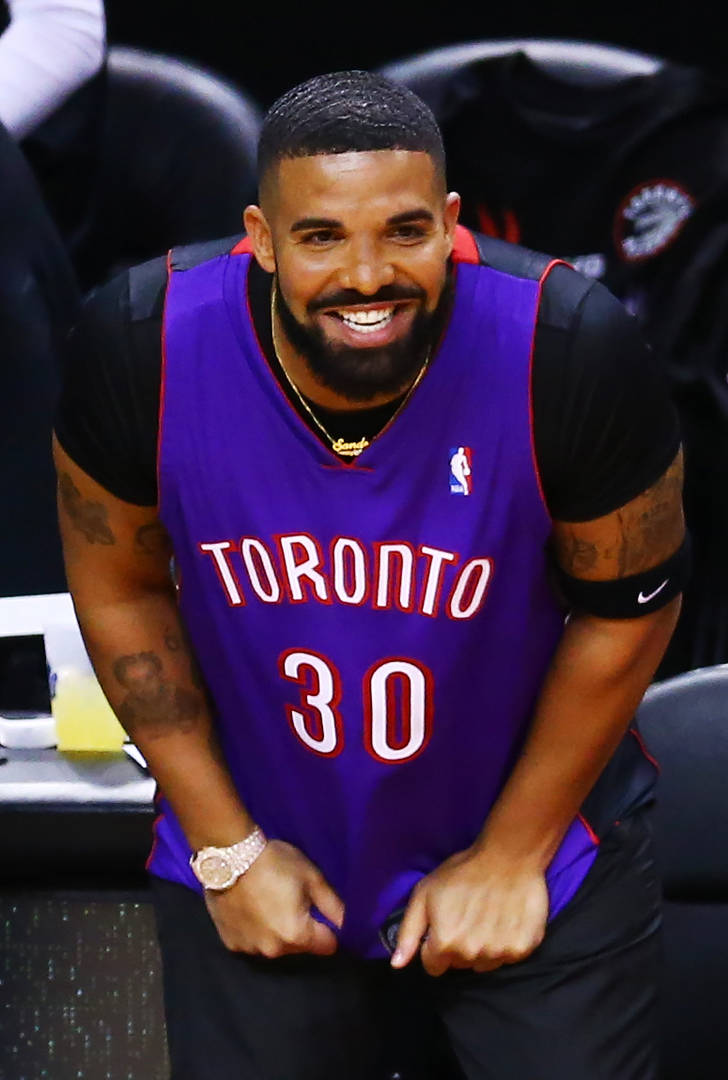 Drake was rocking a Raptors’ jersey but he’s got Curry and Durant tatted on his arm.

The NBA Finals kicked off last night and after so many people predicted another Warriors sweep to close out the year, the Toronto Raptors did the unthinkable and took the edge in the series. The Raps are closer to the finish line than the Warriors right now but for obvious reasons, GSW is still the heavy favourite to win it all. As we’ve come to expect, Drake was sitting courtside in his native Toronto last night, going wild every time one of his guys touched the ball. The night ended with some harsh words being thrown between Drizzy and Draymond Green but one thing that had people talking during the game was the armband the rapper was seen rocking. People quickly put two and two together to realize that the 6ix God was actually sporting the accessory to cover up a couple of tattoos he got for Stephen Curry and Kevin Durant, which has people hella confused.

It must be a little awkward when you’re preparing to leave for the Scotiabank Arena with your Dell Curry Raptors jersey on and a ton of Toronto spirit before realizing that you should probably cover up the tattoos you’ve gotten for two members of the opposite team. That’s right, Drake has tattoos dedicated to Steph Curry and Kevin Durant on his arm and in order to not cause confusion on the sidelines as to who he was truly rooting for, he opted to wear an armband over them to cover them up. People still found it weird though and you better believe that the internet trolled him for it.

Take a look at some of the best reactions below. The next game between the Warriors and Raptors is on Sunday.