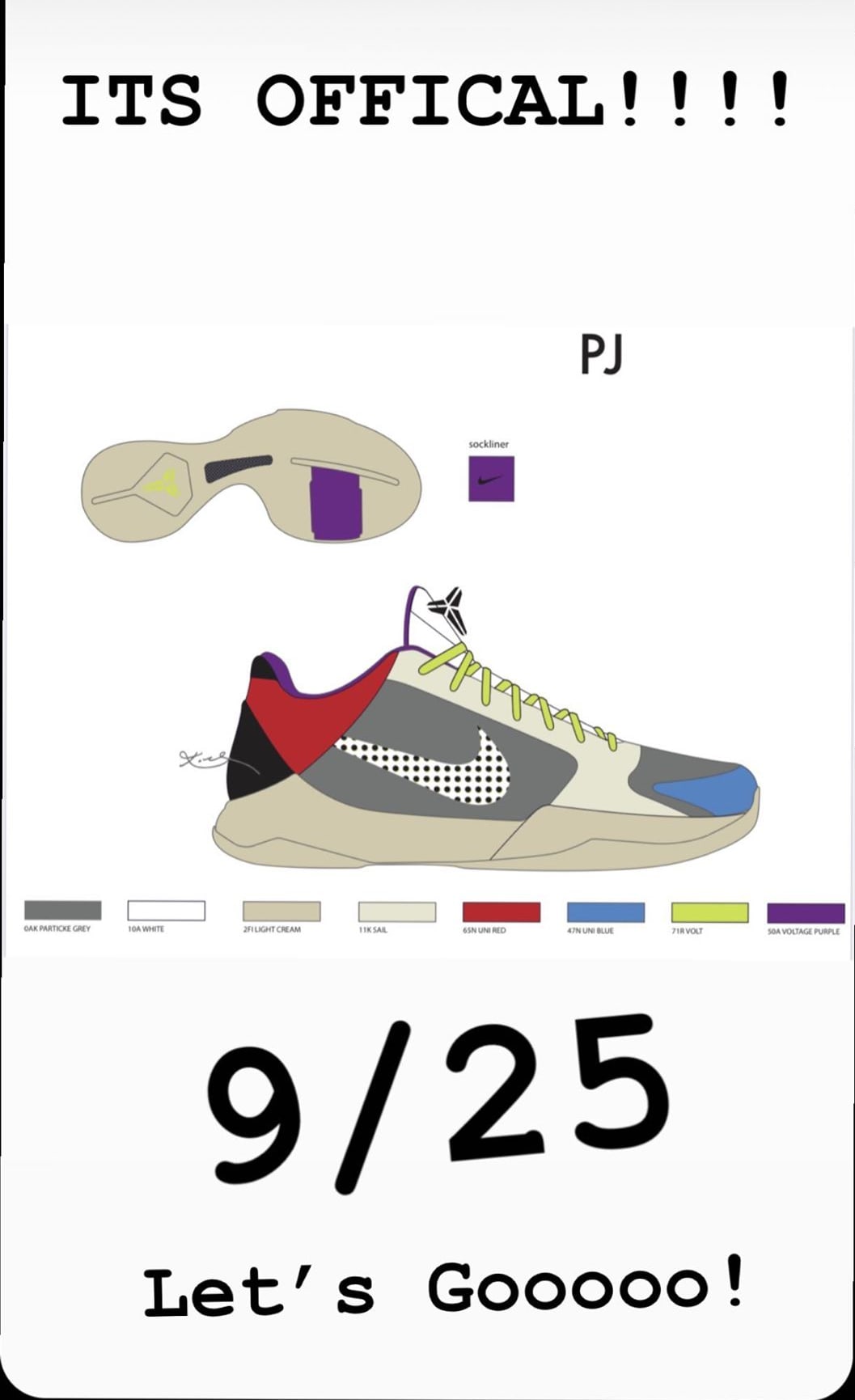 It’s no secret that the NBA’s sneakerhead-in-chief P.J. Tucker packed some heat when preparing to enter the NBA bubble for the conclusion of the season, but a new video reveals that he has his very own Nike Kobe 5 PE hitting retail soon.

The Rockets guard says his Kobe 5 PEs sport a “Draft Day-esque” colorway, highlighted by zebra and hypnotic checker patterns throughout the upper. Black fills Swoosh branding along the quarters, purple picks up the midsole and the shoe sits atop what appears to be a rose-colored outsole.

This would be Tucker’s first sneaker release since agreeing to re-sign with Nike last November. Fellow Kobe wearers in the league such as DeMar DeRozan have been wearing similar make-ups that may also release.

There’s no official word on when and where these Kobe 5s will be dropping, but stay locked to Sole Collector as news develops.

UPDATE (09/08): Last month, P.J. Tucker hinted at the possibility that his own PE version of the Kobe 5 Protro will be releasing soon. Now, we got confirmation from the Rockets star on Instagram that the pair will release on Sept. 25. Expect additional release details to arrive ahead of its scheduled launch date.