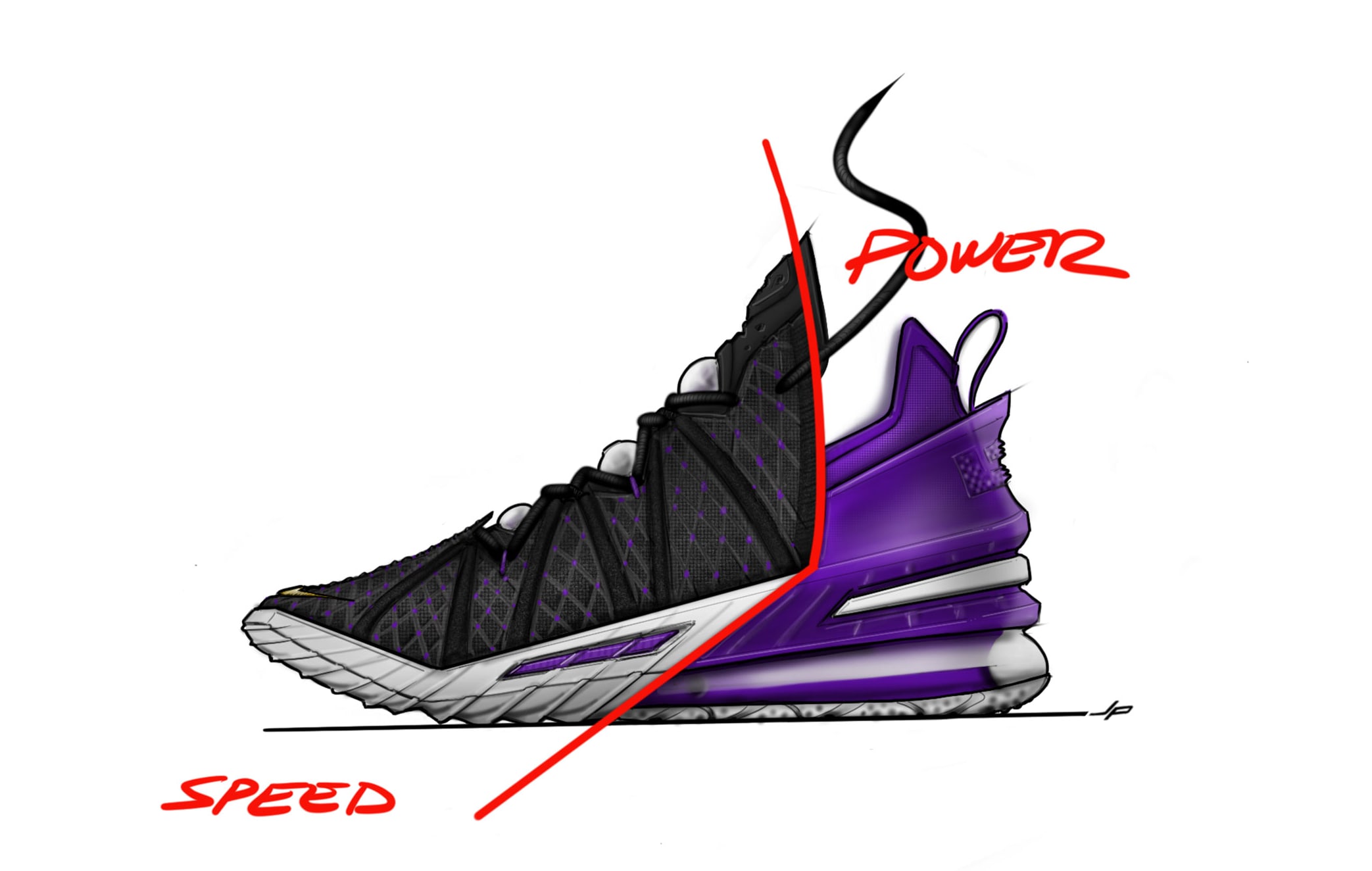 COVID-19 has completely shifted the NBA schedule, with the 2019-20 season finally resuming this week. The changes have also impacted sneaker brands’ planned rollouts, with some unveilings being postponed and others moved up. One of the latter appears to be LeBron James’ next signature model, the Nike LeBron 18.

James somewhat unceremoniously debuted the LeBron 18 during Lakers practice earlier today. While no official announcements about the shoe were made, a source confirms with Sole Collector that it is indeed the next model in James’ signature line.

The lone image, not yet supported by more detailed looks, doesn’t reveal a lot but gives us a general idea of what to expect. Familiar LeBron elements such as Max Air are carried over, while the positioning of the Swooshes is a bit different—a small one adorns the toe and a larger mark runs along the rear part of the midsole on the medial side.

Details won’t be scarce for long—expect an official announcement from Nike soon, as well as more detailed pictures and a design breakdown. The Lakers begin their scrimmages from the NBA Bubble on Thursday, which could be the first time we see James wear the LeBron 18 in a game. Stick with Sole Collector as news continues to develop.

UPDATE (07/23): With only a few hours removed since James debuted his next signature sneaker, Nike has officially unveiled the LeBron 18. According to the Swoosh, the upper of the LeBron 18 features a new knit blend that’s pulled from some of James’ past favorites ranging from 15 to 17 along with Max Air pockets in the tongue replacing the traditional foam. The tooling also offers a new cushioning setup to support his unique on-court attributes, boasting an Air Max unit in the heel that’s paired with a full-length Zoom Air bag at the forefoot. The LeBron 18 will release starting in September.

UPDATE (07/23): LeBron James didn’t debut his new signature shoe in the Lakers’ first scrimmage of the NBA restart, but he did lace up a pair for the trip to the gym. Ahead of tip-off against the Mavericks, James showed up wearing a minty green colorway of the Nike LeBron 18. The public outing gave us our best look at the model since it was first spotted on James’ feet during practice yesterday and officially previewed by Nike earlier today.

UPDATE (09/11): Additional launch info for the LeBron 18 has been revealed. According to Eastbay’s release calendar, James’ latest signature shoe will debut in a “Black/White/Multi” color scheme on Oct. 9, but images of the style remain unseen. Stay tuned to Sole Collector for updates.