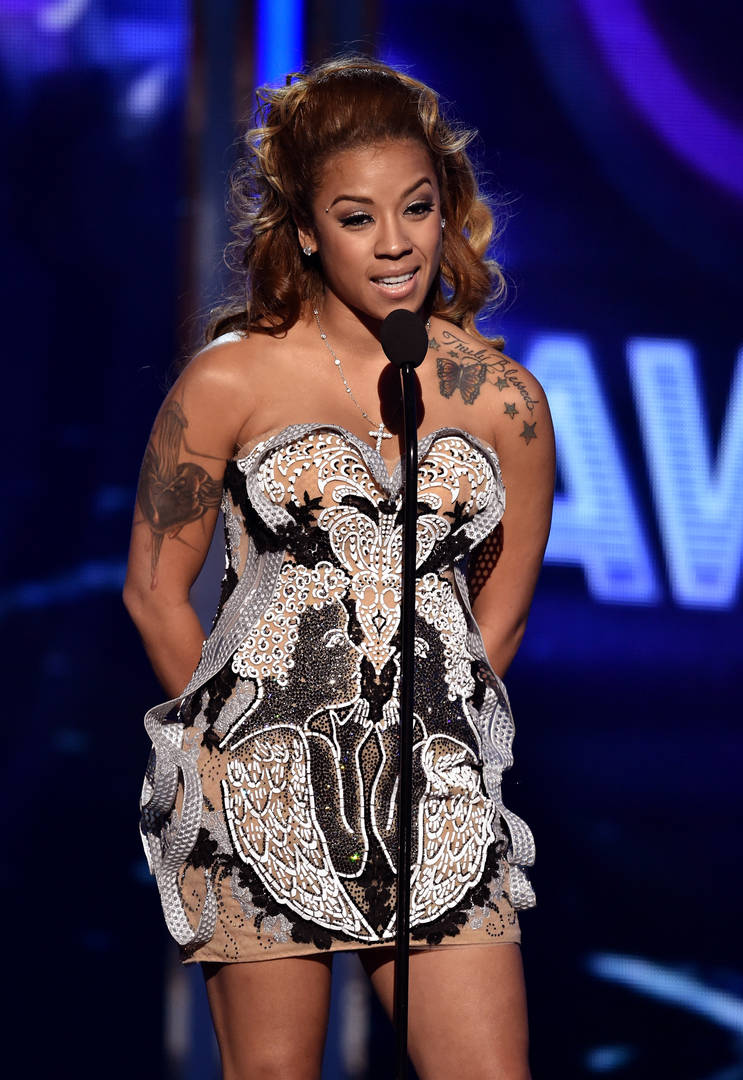 A man decided to shoot his shot at Keyshia Cole, but she said she’s too busy on “grind time” working on new music.

She recently got out a relationship with Niko Khalé, but there’s a man who already has his eyes set on Keyshia Cole. Last year, Keyshia gave birth to her son that she shares with Niko, and weeks ago, her divorce from Daniel “Booby” Gibson was finalized after years in limbo. Keyshia Cole has just begun a new chapter in her life free from romantic attachments, but that doesn’t mean that there aren’t men waiting in the wings, including an MMA fighter named Anthony “Pretty Boy” Taylor.

On Instagram, Keyshia posted a sexy photo of herself, and Taylor couldn’t help but use the opportunity to shoot his shot. “I would be honored if you go on a date with me,” he commented with a heart.  People encouraged Keyshia to accept, and later Taylor added, “All I know is I’ll treat her good and I’ll do everything it takes to stand by her side.”

The proposal may have sounded like it came out of a Christmas Hallmark movie, but Keyshia swerved the opportunity. “I would love to have someone…but right now isn’t the time,” she responded. “I need to focus on this new music, it’s GRIND TIME. But this was really sweet.” Taylor wasn’t swayed. “I’LL WAIT FOR YOU! I’m patient !!!” he replied.

Fans were just happy to hear that Keyshia was locked in the studio working on new tunes. Check out the exchange below.