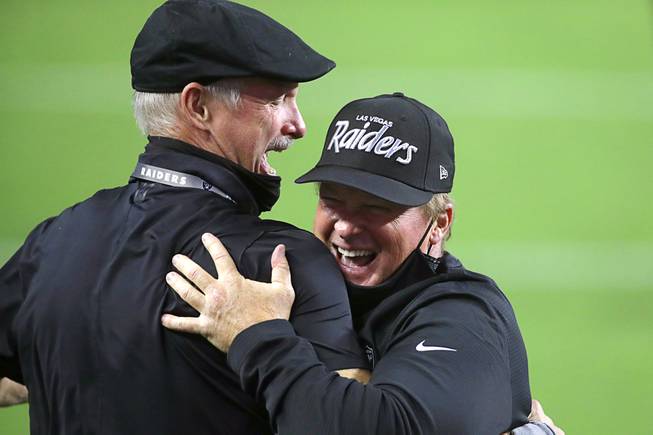 The Raiders are getting creative in their efforts to improve their pass rush, as the team is reportedly signing defensive end David Irving, who has been out of the NFL since 2018.

Irving’s time away from the league was not injury-related. He was suspended for testing positive for marijuana use early in the 2018 season, and he opted to retire at that time rather than serve a four-game suspension.

In the meantime, the NFL has relaxed its marijuana testing standards and its attitude toward cannabis in general. Irving recently applied for reinstatement and his suspension was served as of last week, making him eligible to play again.

Before leaving the NFL, Irving had emerged as an up-and-coming pass rusher. He went undrafted out of Iowa State in 2015, but eventually caught on with the Dallas Cowboys and recorded seven sacks in eight games in 2017. He also had an impressive 17 quarterback pressures in that half-season, blossoming under then-Cowboys defensive coordinator Rod Marinelli.

Irving, who checks in at 6-foot-7, 290 pounds, was most productive as an interior rusher for the Cowboys and could contribute in a similar role for Las Vegas. The Raiders were without starting defensive tackle Maliek Collins last week due to injury, and top interior rusher Maurice Hurst just came off the COVID-19 reserve list on Tuesday.

Marinelli, currently the Raiders’ defensive line coach, is presumably familiar with Irving’s strengths and weaknesses from their time together in Dallas. Irving is still just 27 years old, and with expanded practice squads this season, this seems like a flier worth taking for the Raiders.