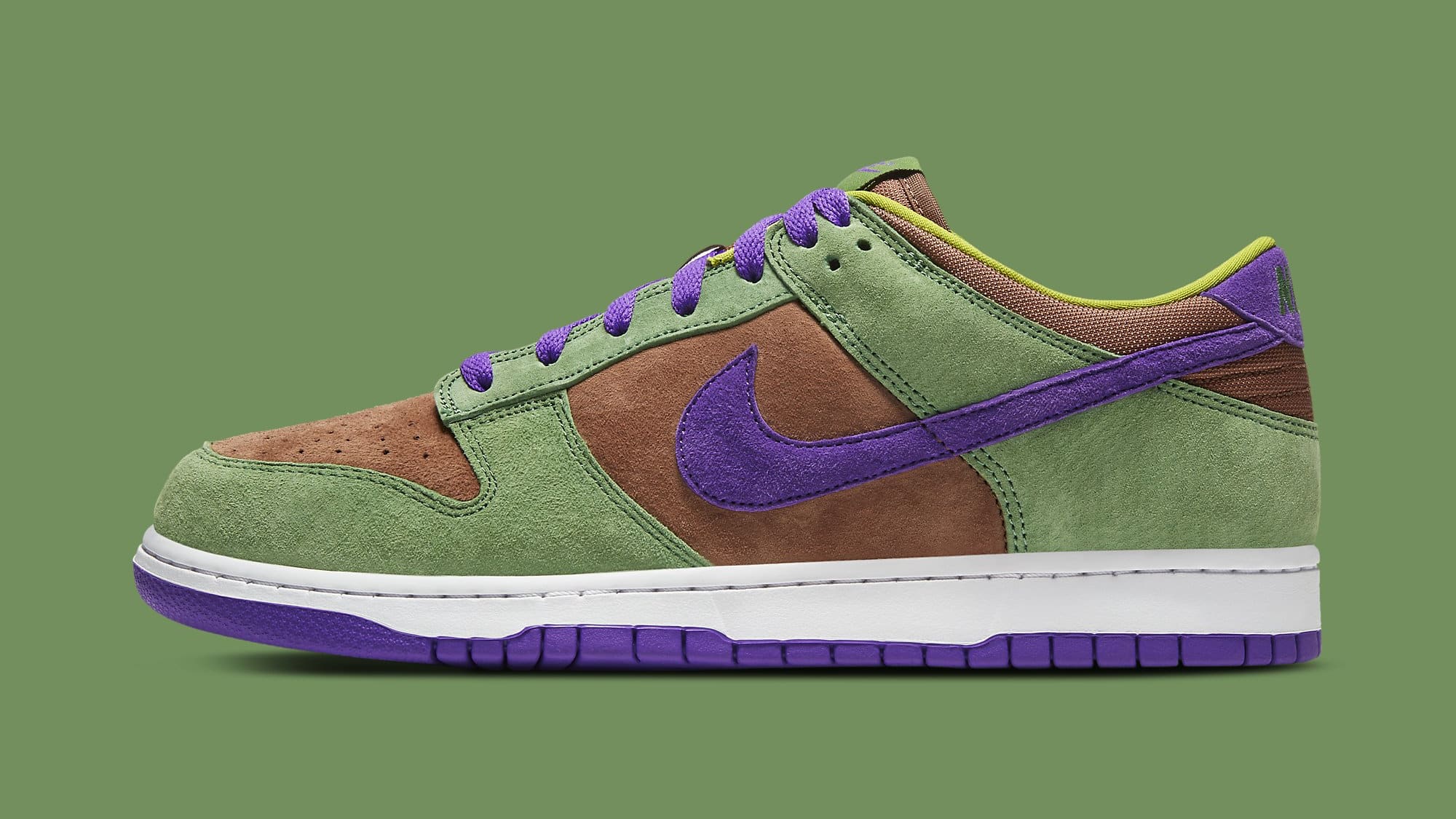 It looks like February’s release of the “Plum” Nike Dunk Low was a possible foreshadowing to the return of the other “Ugly Duckling” styles.

According to Soleheatonfeet, the “Veneer” and Ceramic” iterations are reportedly returning late-2020. The “Ugly Duckling” pack originally released in 2001 and was available exclusively in Japan, making it hard to acquire. The “Veneer” makeup is known for its brown and green suede upper with purple accents, and the “Ceramic” colorway sports a black and orange hues contrasted by light green hits. Note that the images here are of the 2001 version of the shoes.

As of now, Nike hasn’t confirmed that the “Ceramic” and “Veneer” Nike Dunk Lows.

UPDATE (10/09): New info regarding the return of the “Veneer” and “Ceramic” Nike Dunk Lows has surfaced. According to py_rates, the “Veneer” colorway is now slated to launch on Nov. 5, while the “Ceramic” iteration is expected to drop on Nov. 19. As of now, the release dates have yet to be confirmed by Nike, but we’ll keep you updated if anything changes.

UPDATE (10/22): Official images of this year’s “Veneer” Nike Dunk Low have surfaced. As of now, release details have yet to be confirmed by the brand, but Py_rates is now reporting that the pair will hit stores on Nov. 10. Stay tuned to Sole Collector for updates.

These Are Fashion’s New Heirlooms