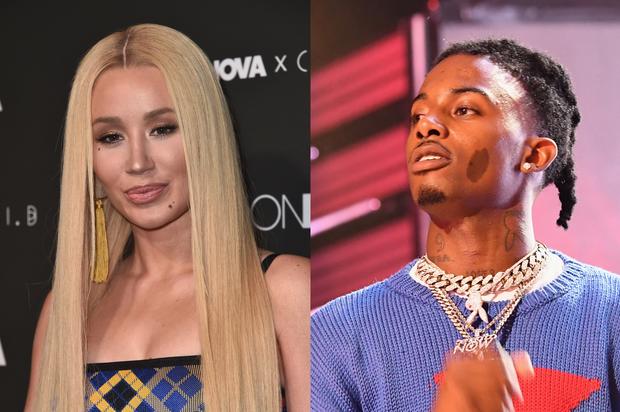 Iggy Azalea and Playboi Carti are officially over. Last night, Iggy sent Twitter into a frenzy after alluding to their possible split. “You lost a real 1,” she wrote in a post. “People take loyalty for granted & That’s why I’d rather be alone,” she continued in another post. “One thing I’ll never understand how liars live with themselves. That shit don’t eat y’all up inside?” She concluded.

The series of posts on Iggy’s IG Story left fans wondering whether or not they’re done. She didn’t mention any names, though the Internet has proven quite comprehensive in decoding cryptic celebrity posts. And for those that didn’t believe what the TL was saying, Iggy confirmed it herself. She took to IG where she said that not only have they split but now, she’s left as a single mom, raising their son on her own.

“What I meant last night was that I’m raising my son alone & I’m not in a relationship,” she wrote.

Fans have presumably hounded both of them in an attempt to get a clear cut answer. Some have joked that Carti’s Whole Lotta Red might actually see the light of day.

Rumors of their relationship started making waves in 2018. Since then, they’ve continued to quietly date, remaining low-key in the public eye, for the most part. Iggy did give fans a sneak peek into her personal life every once in a while on IG, though they were never incredibly vocal about their relationship. Even the birth of their son, Onyx Carter, in May, was relatively low-key until they confirmed the rumors.