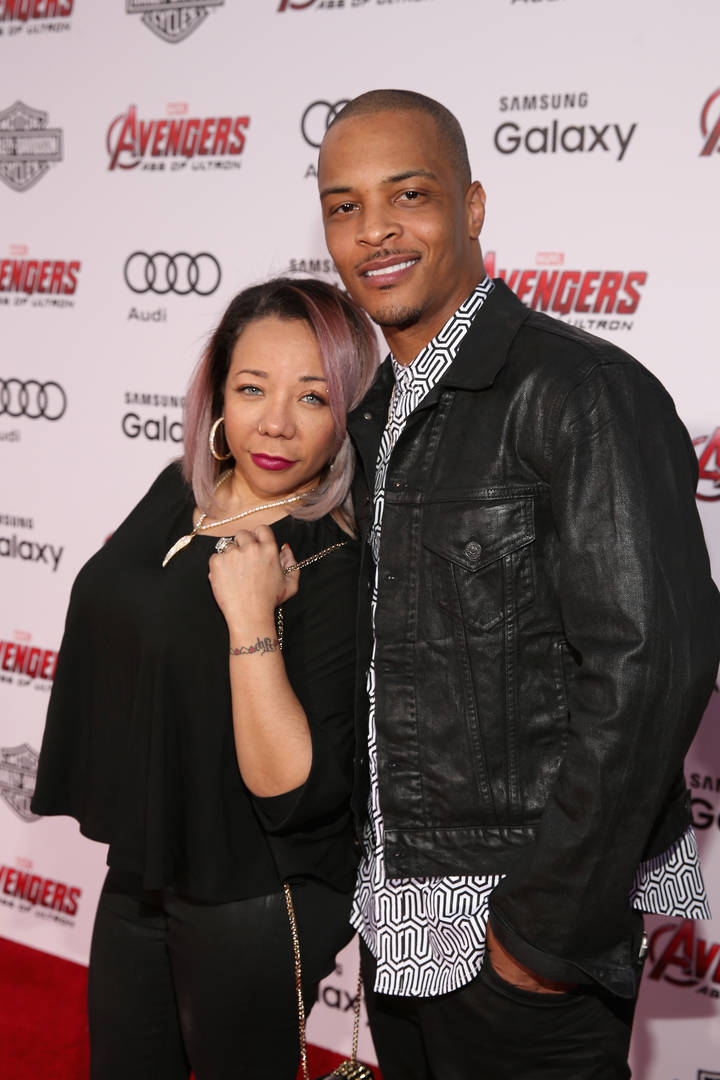 T.I. referred to himself as a “girth muffin.”

T.I. and Tiny are a hip-hop power couple who have been going strong for many years now, even if they have had their ups and downs, just like any other relationship. Over the past few years, however, they have been closer than ever and continue to show just how much they love each other, especially on public forums such as social media.

This was especially true just recently as Tiny took to social media with a throwback photo of herself when she was trying to get into the entertainment industry. The photo was of one of her headshots, which she noted ended up being quite the story. As for T.I., well he couldn’t help himself as he took to her IG comments with a pretty provocative message.

“Oooooohhhhhh ooohhh Weee!!!! Lord hammmercy that’s a pretty butterscotch long haired young tender right dare …. fine as frog hair I say…” Tip wrote. “UMPH…I wish I coulda ran up & laid Down on you sweet thang…UdiggWtfImSayinManeð I’da spent all my lil candy empire profits from my on you now gul!!! Woulda had u climbing in & out a 2story window for this girth muffinâ¼ï¸ Ya Best believe that JACKâ¼ï¸Tuhð¤”

Fans were quick to reply to T.I.‘s comment as they were fairly amused by his eagerness to say something like this for the entire world to see. Alas, a perfect love story isn’t complete without some flirtatious banter on IG.