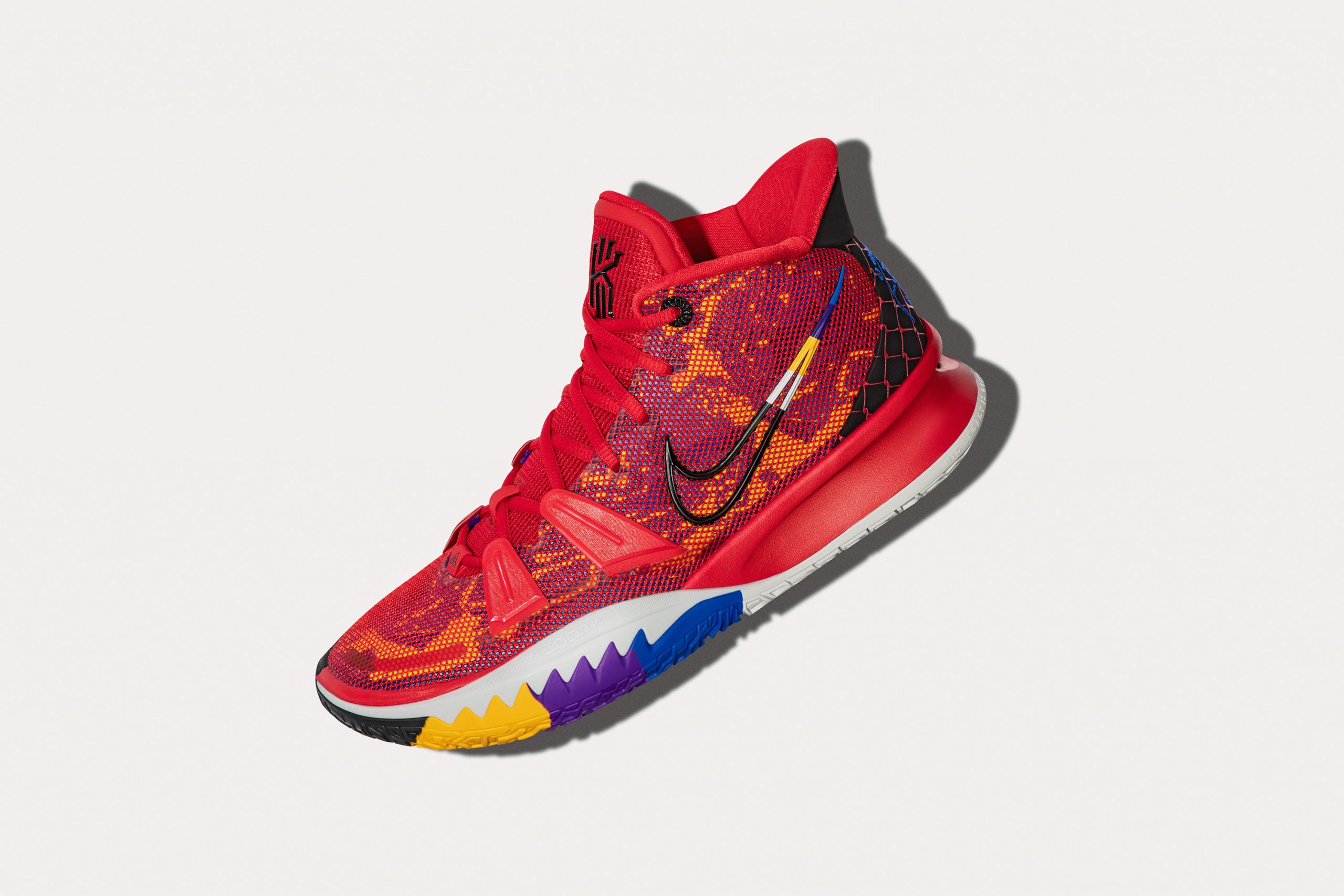 While Kyrie Irving may be absent from this year’s postseason due to injury, he’s still making a splash in the footwear sector after images surfaced of what appears to be his next signature sneaker.

This week, Sneakerhighway23 shared photos of what’s believed to be the Nike Kyrie 7, revealing a new mid-top silhouette that’s not far off from Irving’s previous models. According to the description on the insole, the shoe will feature a composite textile material presumably on the upper while retaining its predecessors articulated Air Zoom Turbo cushioning unit in the forefoot of the midsole.

Kobe Bryant’s influence on Irving has been well-documented and as a possible tribute to the Black Mamba, the quote “His Legacy Is Going to Live Forever” is etched on the heel.

As of now, Nike hasn’t confirmed that the sneaker featured here is the Kyrie 7 but stay tuned to Sole Collector for new developments as they become available.

UPDATE (10/26): Today, Nike unveiled the seventh sneaker in Irving’s signature line, the Kyrie 7. The model features composite mesh on the upper that helps feel lighter while also providing Irving with flexibility where he needs it. A signature detail in Irving’s line is the midfoot strap, which has now been replaced by two TPU “fingers” on the sides that symbolize an exercise that his father taught him to help strengthen his hands. What is familiar with this shoe is the articulated Air Zoom Turbo unit in the forefoot along with the chassis pulled from the previous model. The Kyrie 7 was designed by Ben Nethongkome, who has developed the footwear in Irving’s line since the Kyrie 4.

The Nike Kyrie 7 will launch in four “Preheat” styles including “Icons of Sport,” “Expressions,” “Soundwave,” and “Special FX” on Nov. 11 followed by the “BK Black” colorway dropping on Nov. 23.