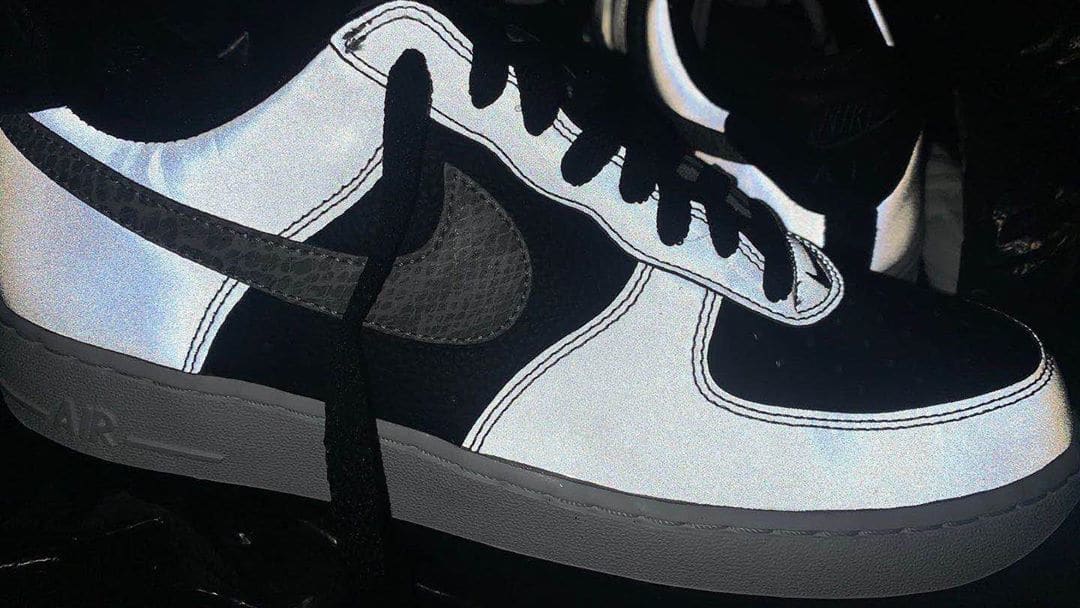 After re-releasing the “Hong Kong” style in 2018 and the return of the “Wheat Mocha” colorway earlier this month, Nike will soon complete the co.JP Air Force 1 B trio.

Rounding out the group is the “3M Snake” Air Force 1 Low B. Originally released in 2001, this pair features a black tumbled leather base with reflective overlays and a snakeskin-textured Swoosh logo. Flashy yet somehow understated at the same time, the sneaker also uses a mini Swoosh at the bottom of the eyestay. Lastly, the original 2001 version used purple threading for the Nike logo on the tongue label and heel, but it remains to be seen if this new reissue will feature the same branding.

The Air Force 1 Low B “3M Snake” is expected to drop in early 2021 according to @sholeheatonfeet.