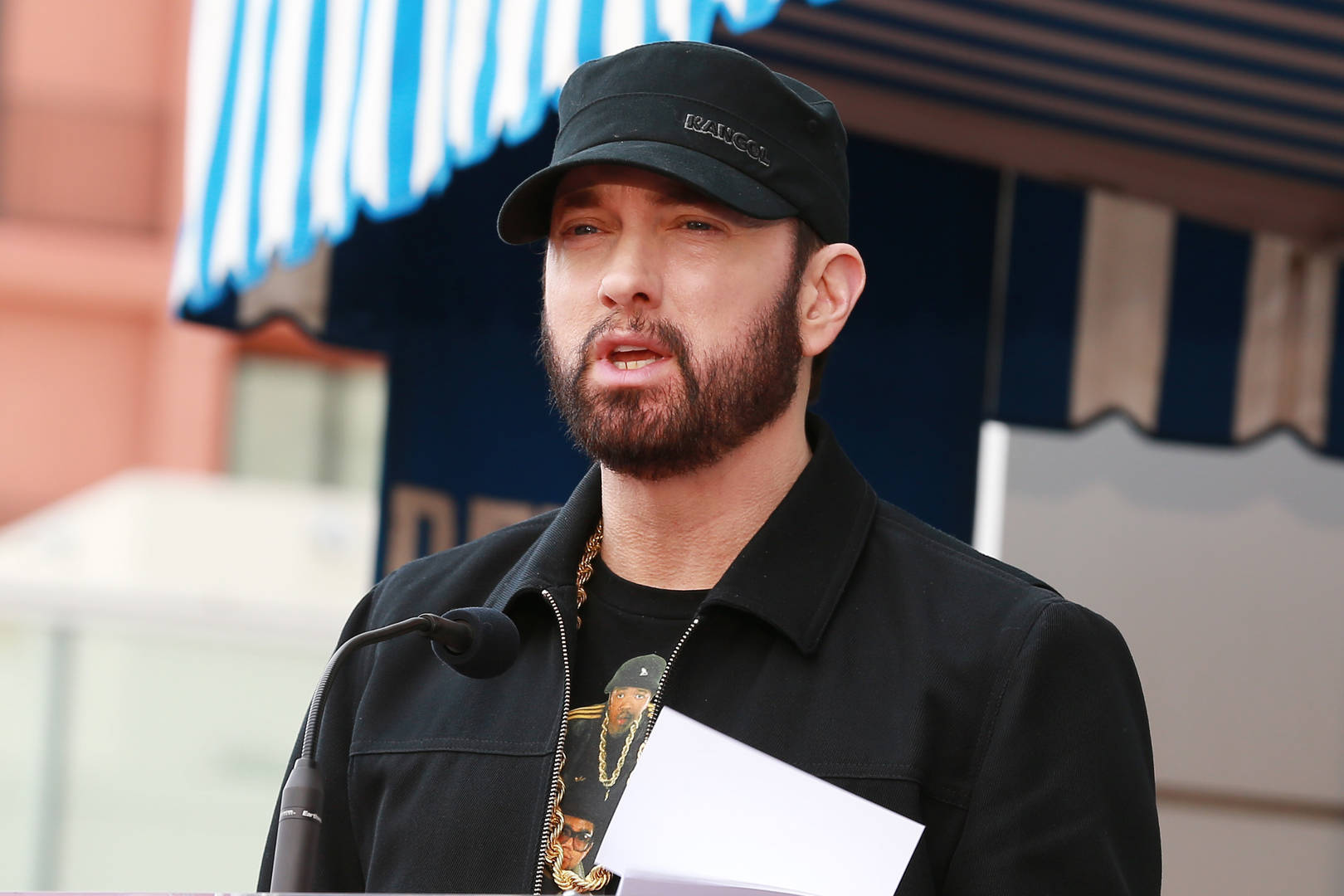 Eminem Pokes Fun At Himself While Urging Fans To Vote

Eminem wants to make sure his fans take part in the upcoming election.

In just a few days from now, Americans will be heading to the polls where they will elect the next President of the United States. The winner will either be incumbent Donald Trump or his Democratic challenger, Joe Biden. This is shaping up to be one of the most polarizing elections in the history of the country, and many are anxious about how it will all play out.

As a way to get the vote out, numerous celebrities, athletes, and artists all around the country have been urging fans to cast a ballot. Some of the biggest names to do so are the likes of LeBron James, Leonardo DiCaprio, Mark Ruffalo, Sarah Silverman, and more. This is all part of the “Make History Here” initiative which is being put on by Election Super Centers. In fact, Eminem is now joining in on the fun as he took to Instagram to express his support for “Make History Here.” Of course, he couldn’t help but make a joke about it.

“Being able to head to a stadium or arena to vote makes it easier and safer than ever to use your voice. With six days left these are places you can go to and safely do it in-person. You only get one shot…sorry I couldn’t resist!” Em said in a statement.

This year has seen some of the biggest election mobilizing in the history of the nation. For instance, 70 sports stadiums will be used as voting locations, with teams from the NBA, NFL, MLB, NHL, and even the MLS lending their facilities. Despite the pandemic, this election could very well garner record