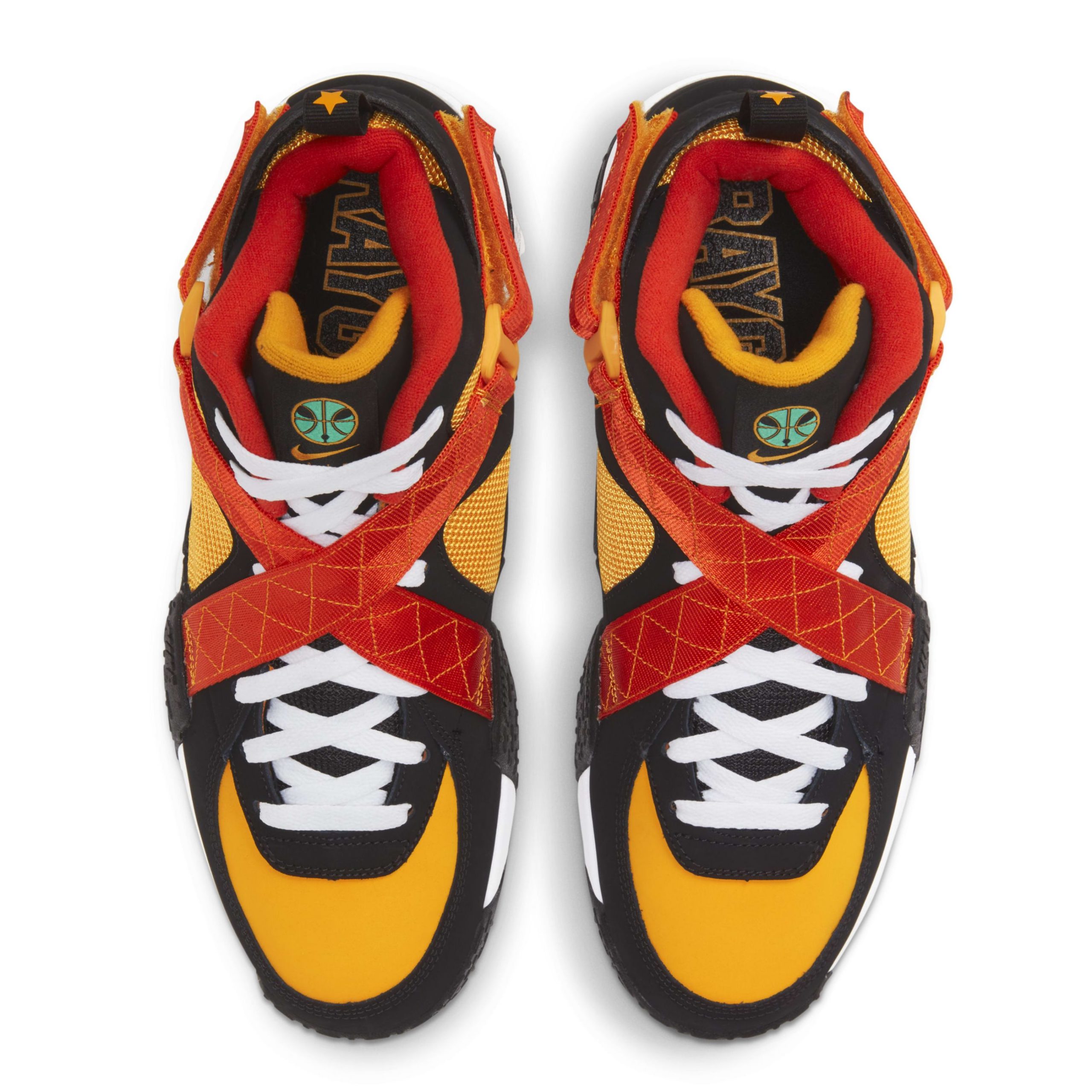 The imminent return of Nike’s Roswell “Rayguns” theme won’t be limited to the Air Force 1 Low, as additional silhouettes bearing the scheme continue to surface.

Among the models joining the AF1 will be the Air Raid, an outdoor hoop model originally released in 1992. The “Rayguns” version is delivered in black nubuck and gold mesh, locked down by bright orange cross-straps. Raygun-specific logo hits adorn the tongue, pull-tabs and insoles—markings that unite the various shoes featured in the upcoming collection.

Famously a coveted colorway of the SB Dunk Low, “Rayguns” is based on a fictional ABA team from 1975 that was the focus of a Nike ad campaign during the 2002 NBA Playoffs. Other “Rayguns” sneakers expected to drop include the Air Flight 89 and Air More Uptempo. An official release date for the Air Raids hasn’t been announced, but we’ll update you as soon

Nike Is Bringing the Fashion Heat This Month