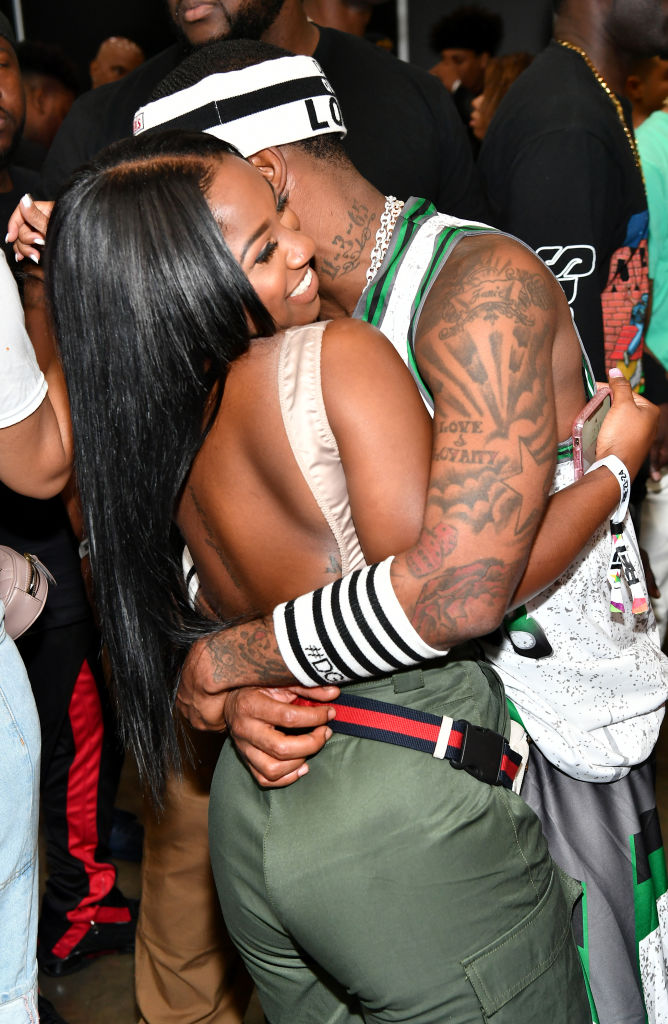 Deyjah Harris could be hinting that things aren’t great between Reginae Carter and YFN Lucci.

Deyjah Harris, T.I.‘s daughter, took to Twitter Monday night, suggesting her longtime friend, Reginae Carter, “deserves” better. Deyjah and Reginae have known each other since childhood, so it makes sense that Deyjah may know what’s best for her close friend. Many believe that Deyjah is referring to Reginae’s relationship with YFN Lucci, or the constant down talk on her name on social media.

Reginae Carter and YFN Lucci have been linked since early 2018 and have been off and on since then. Last year, the two broke up when Reginae caught her boyfriend and a few other women at the infamous Cucumber Challenge Party.

“I don’t care if she’s shaking it to your music. It’s a respect thing,” she said about the event. “Maybe that’s just not me. Maybe that’s just not my crowd. But I will never be cool with no man going to no party with no hecka naked girls shoving cucumbers anywhere.” YFN Lucci recounted the event in April 2020 and said he didn’t regret the party. He continued to defend his actions in December of the same year.

The couple has been seen on good terms recently. The Atlanta rapper threw Reginae a 90s-2000s themed party for her 22nd birthday, which she publicly thanked him for, calling him her “boyfriend.”

But people can’t seem to ignore that YFN Lucci’s affection may not equate to Reginae’s. In a recent interview with Angela Yee, she asked the 29-year-old if he thinks Lil Wayne‘s daughter is the one. Lucci laughed and said, “We cool, man. Next subject, what’s up.”

Many fans were embarrassed for Reginae, suggesting that she shouldn’t waste her time on someone who can’t publicly say how he feels about his partner. Reginae clearly knows their relationship isn’t completely healthy as she joked that things may be a little toxic in a recent TikTok video.

What’s next for the couple? Does Deyjah know something that we don’t?

Do you think they should break up for good or will they continue their rollercoaster relationship? Let us know what you think in the comments.