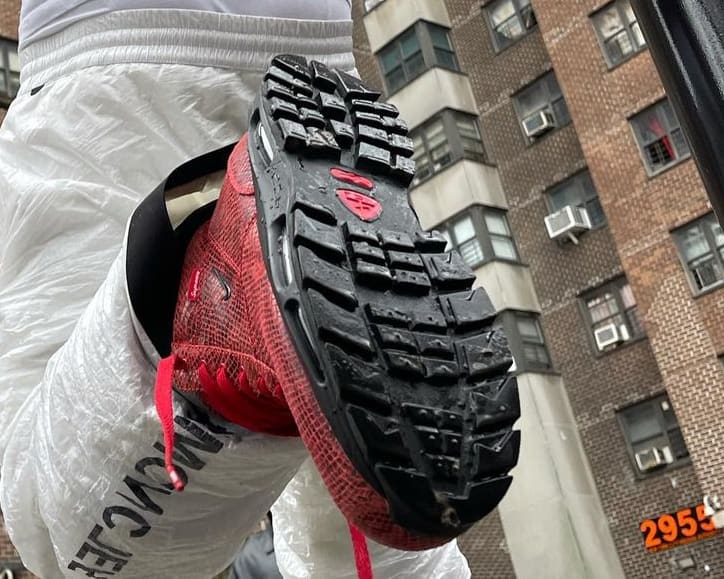 After being leaked by @py_rates last July, a first look at the Supreme x Nike Air Max Goadome has surfaced thanks to celebrity stylist Bloody Osiris. The ACG boot will release in Black/Black and Fire Red/Black colorways, both of which are covered in a snakeskin-like texture. The black boot uses a fully tonal look, while the red version has a red upper with a black midsole and branding. The shoe includes Supreme debossing at the heel along with Supreme text on the lace tips.

Designed by former ACG designer Carl Blakeslee, the Air Max Goadome hit the market in 2000 and was embraced later in the decade by the Washington, D.C., Maryland, and NYC regions. Its name is often affectionately shortened to the Nike Boot.

As of now, there’s no confirmed release date for the Supreme x Nike Air Max Goadome, but it’s expected to release as part of the streetwear brand’s upcoming Spring/Summer 2021 collection. Also on the horizon from the two brands is the SB Dunk Low collection in four colorways.