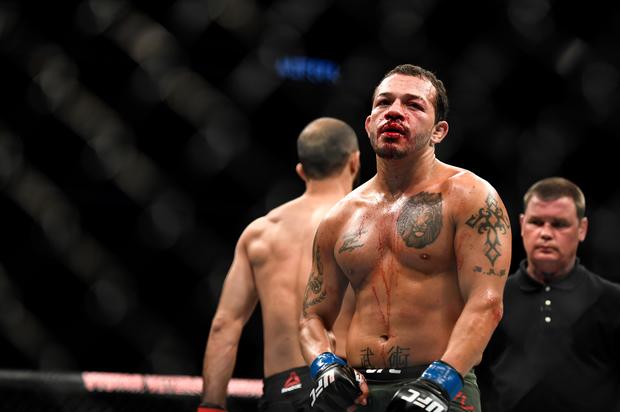 The UFC fighter was arrested over the weekend for allegedly attacking his two sisters with a brass knuckle knife as they slept.

Shocking news surfaced over the weekend after it was reported that UFC fighter Irwin Rivera had been taken into custody for allegedly attacking his 22 and 23-year-old sisters, Kelly and Leslye Rivera. We previously reported on the incident, sharing that Boynton Beach police officers in Florida were dispatched to Irwin’s residence where they found the siblings injured. The ladies were allegedly stabbed by their 31-year-old brother with a brass knuckle knife as they slept.

Both women issued statements about the altercation to E! News where they claimed that their brother was mentally unstable at the time. Kelly told the outlet that Irwin wasn’t “in the right mind” and added, “I was with him that whole week and I knew he never slept and sometimes barely ate. He was battling with something we couldn’t admit to seeing and I regret not helping out sooner.”

“I was always his little girl and he always protected me and cared for me, which is why [I know] he would have never in the right mind do what you all think he did,” she continued. Leslye added that she believes her brother “has fallen into an unstable mind state.” Upon his arrest, Irwin reportedly told officers that he was passed by a “higher power.”

The fighter is reportedly being held in a “behavioral health facility” without bail and faces charges of attempted murder.