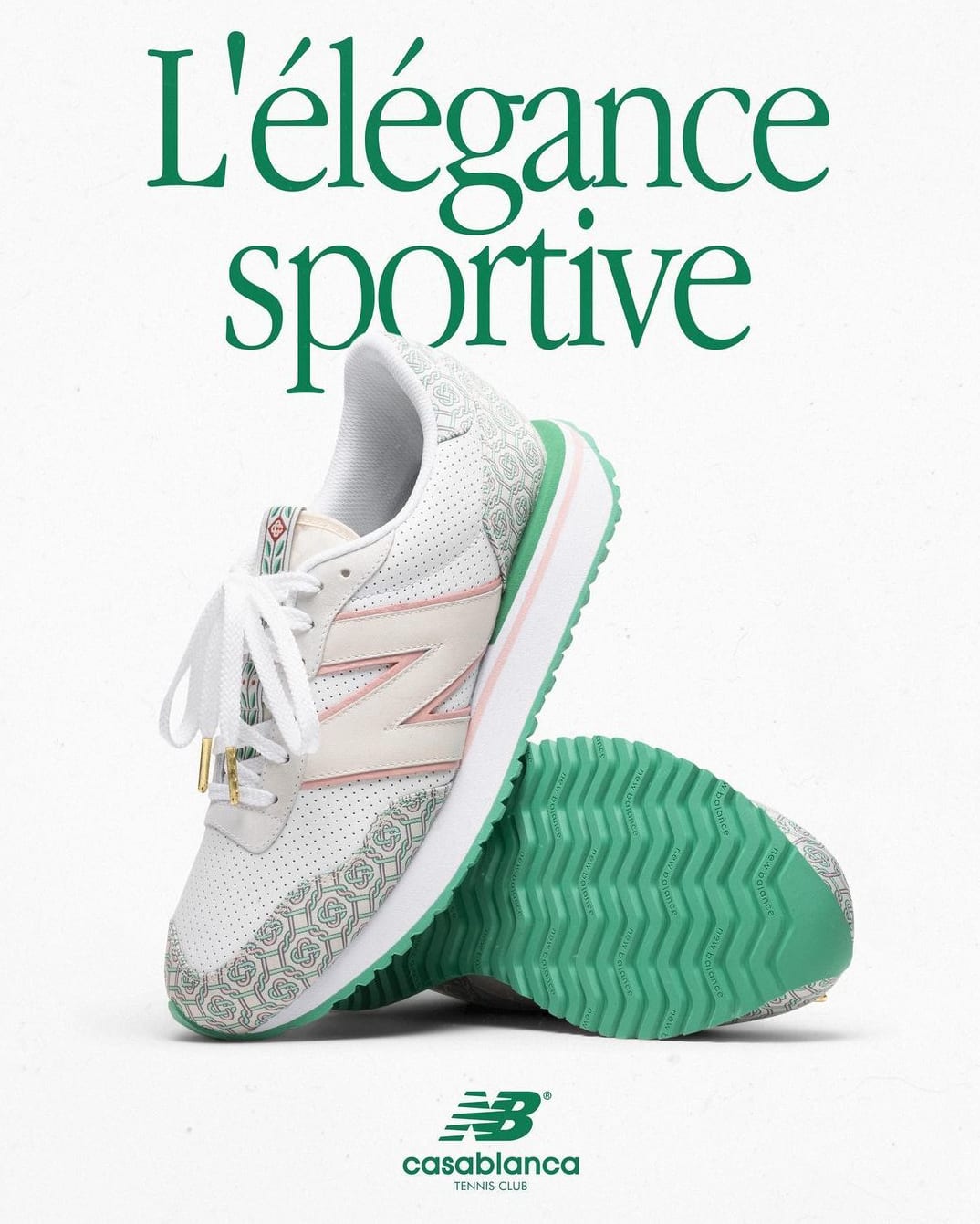 Casablanca and New Balance have produced one of the most successful collaborations this year that kicked off with the debut of the New Balance 327 and now, the duo is looking to keep that energy going into 2021 with a new pair possibly dropping soon.

An image of a third Casablanca x New Balance 327 collab was shared via Instagram by the French fashion label’s art director Steve Grimes this month along with sharing a possible release date of 2021 based on the caption that reads “Packing my bag for 2021.”

Unlike the styles that previously released, this forthcoming pair incorporates a monogram pattern on the overlays, which were initially unveiled on the apparel pieces from its Autumn/Winter 2020 collection. The shoe features a perforated leather upper with a large ‘N’ logo appearing on the sides and a sculpted sole unit underneath.

A specific release date for this Casablanca x New Balance 327 collab is currently unavailable but Joe Grondin of New Balance confirmed on Instagram that it’s releasing sometime in 2021. Stay tuned to Sole Collector for updates.

UPDATE (02/22): Casablanca confirms that its New Balance 237 and 327 “Monogram” collab is releasing on Feb. 27 at CasablancaParis.com followed by a second drop at select global retailers on March 5. The first pair retails for $130 while the latter will come with a $150 price tag.