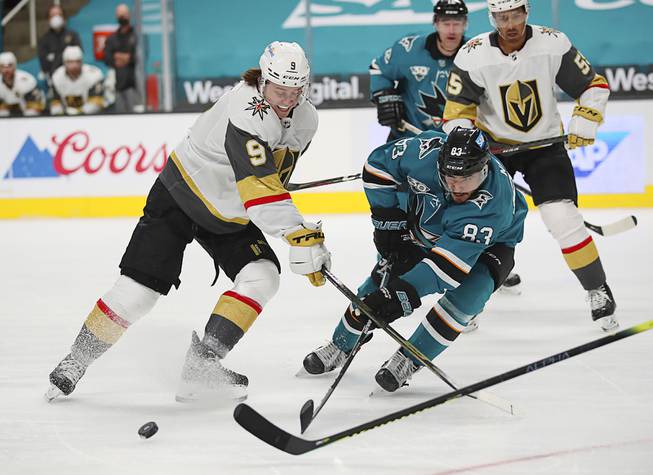 The Golden Knights game against the Sharks scheduled for Thursday in San Jose has been postponed because a Sharks player has entered NHL COVID-19 protocols, the league announced today.

A makeup date has not been announced. Vegas’ next game will be Saturday on the road against the Anaheim Ducks.

“Despite having only one player currently impacted, the decision to cancel the team’s practice and training activities on Wednesday and postpone the game on Thursday was made out of an abundance of caution,” the Sharks said in a statement.

The announcement came moments after the Golden Knights completed their daily media availability.

Coach Pete DeBoer was asked about the possibility of a delay after the Sharks abruptly canceled practice this morning, but he said the team was planning to travel to San Jose later today unless it heard differently.

This is the fourth Vegas game postponed this season due to COVID-19. The first three came in late January and early February after a Vegas coach tested positive for the virus and defenseman Alex Pietrangelo entered league protocols.

The postponement is the NHL’s 40th of the season, with most of them because of COVID-19 and a few because of winter weather making games unplayable.