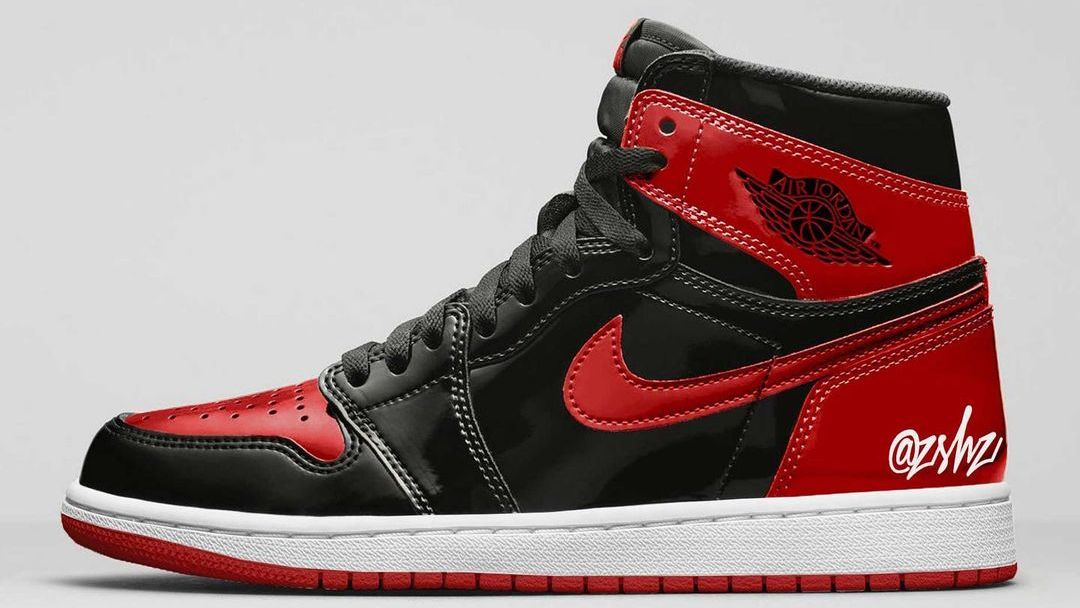 Several variations of the “Bred” Air Jordan 1 have released since its introduction in 1985, all generally well received. Many will argue that it’s not only the greatest Air Jordan of all-time, but perhaps the single greatest sneaker ever released. So news of a 2021 return wouldn’t have been met with much resistance, and it is happening, but maybe not the way you’d expect.

According to ZSneakerheadz, the “Bred” Air Jordan 1 is back this holiday season, but this time delivered with a full patent leather upper. All other details are expected to remain consistent with the standard version of the shoe. It’s also believed that based on the style code, the shoe will be available in more than just men’s sizing. To be clear, the image above is just a placeholder mock-up until the first images surface.

There will likely be a few who express disappointment about this direction as opposed to a traditional leather release initially, but if this retro drops as described, anticipate the usual hype as the yet to be announced release date nears. More on this story here as it continues to develop.