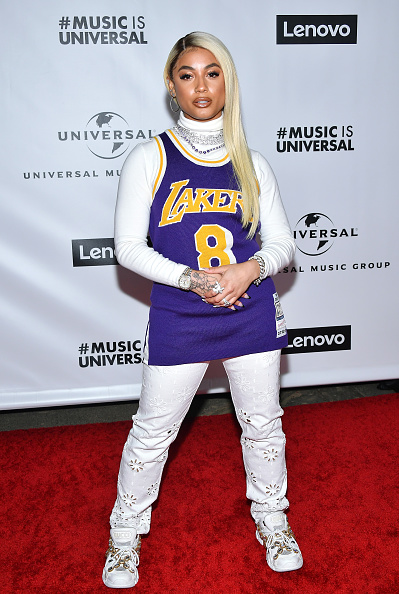 Folks aren’t buying her altering story about her ethnicity.

DaniLeigh has been a frequent presence in the headlines recently, and more often than not for some generally disagreeable behavior. Most notoriously, she came under fire at the tail-end of last month after she previewed a new track “Yellow Bone,” with many accusing her of colorism. She’s since issued various apologies, but it seems like people aren’t done with the Miami-native. As she continues to attempt some damage control, the “Easy” artist ran into more backlash after she claimed to be of considerable West African descent.

Contradicting previous claims she’s made regarding her ethnicity, the 26-year-old responded to a critic who asked if she was even Black considering her usage of the n-word. “is dani leigh afro-latino? that’s my question, cause she says n*gga so freely, but being dominican doesn’t mean she’s black. & that’s been my gripe wit her from jump street,” asked the Twitter user.

She responded, “I’m 39% west African .. Those were wrong . Thanks,” referring to the previous ethnicity test results she had originally tweeted out last year. In a second, now-deleted tweet, she once again claimed to have “40% west African blood in my system.”

Comparatively, in the test results DaniLeigh claims are “wrong,” they reveal she only possesses a total of 17% combined West African ancestry. Of course, Twitter had a field day with her mutating story. Check out some reactions to the fiasco below.

Which iteration do you think is the truth regarding her ethnicity? Drop a comment letting us know!