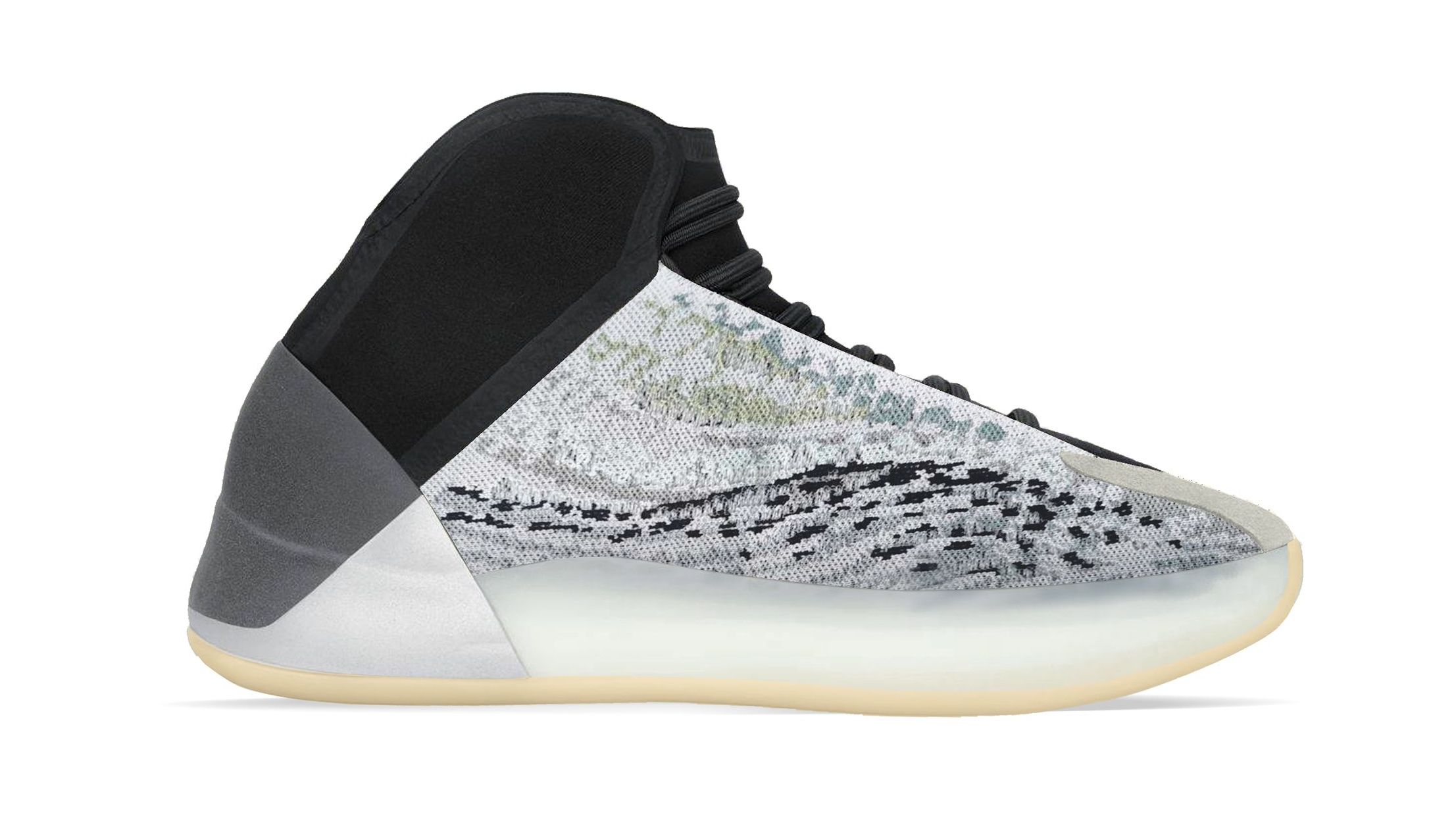 Coming on the heels of yesterday’s re-release of the original Yeezy QNTM BSKTBL, a new iteration of Kanye West’s Adidas Yeezy basketball sneaker could be dropping soon.

According to the Yeezy Mafia, the “Sea Teal” colorway of the Yeezy hoops model will debut this month. This sneaker will feature a grey-based Primeknit upper that’s blended with various black, yellow, and green accents while a black heel counter (which is reflective) breaks up the look. Like other Yeezy QNTMs, the midsole features a full-length Boost cushioning in the midsole. This iteration will utilize the lifestyle version of the shoe instead of its BSKTBL counterpart that boasts additional TPU caging on the upper.

As of now, this “Sea Teal” Adidas Yeezy QNTM is slated to release on March 19 at Adidas.com/Yeezy and at select Adidas Yeezy retailers for $250, although the launch info has not yet been confirmed by the brand.